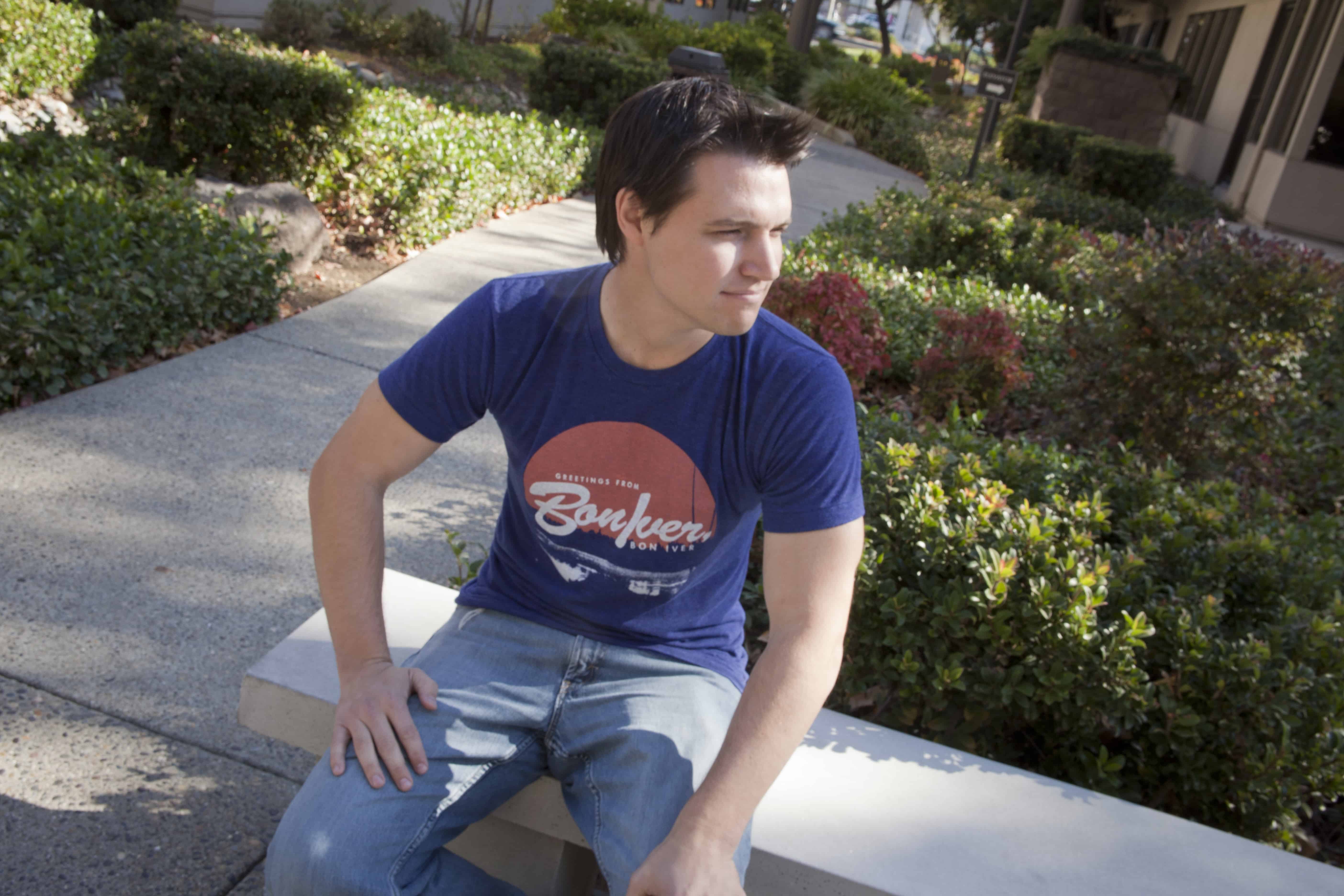 When did you start and what is your role with Simply Music? I started at Simply Music in February 2012. I’m in charge of all of the video work that happens at Simply Music, which means a whole ton of things. Basically if there is a video on the site, whether it’s for teachers or students or on our YouTube channel, then I had something to do with it getting there. Sometimes this means that I shot and edited it myself, other times it means taking footage from our archives and optimizing it for online viewing, other times it means taking footage that other people have shot all over the world, branding it and putting it online. All of our videos are largely online now and there are a lot of technical aspects to pay attention to. I end up working a lot with Stephanie for graphics or design questions and the IT team for making sure that the video works properly on the site. I usually end up working with everyone because at some point I think everyone in the company has a hand in some video that goes on our site.

What are your top 5 albums of all time? Neutral Milk Hotel – In The Aeroplane Over the Sea, The Clash – London Calling, Pixies – Doolittle, The Notorious B.I.G. – Ready to Die & Pink Floyd – Animals.

Who is your favorite band or singer? The Beatles, they changed everything. The music holds up incredibly well and there will never be anything like them again, they broke so much ground in such a short amount of time and pushed what being a musician and a songwriter is in entirely new directions and inspired millions upon millions of musicians and will continue to do so. 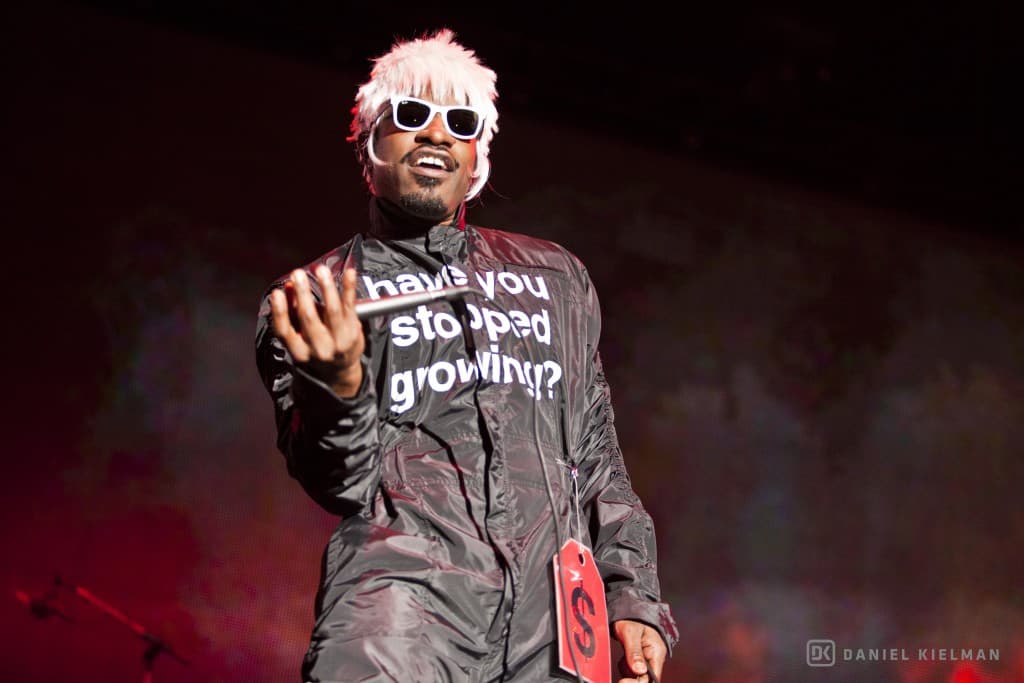 This photo of Andre 3000 of OutKast at the 2014 Treasure Island Music Festival was on their brief reunion tour where the band only played festivals. I was honored to have this photo featured in my first gallery submission earlier this year for photographers who had photographed for the organization Noise Pop. I remember seeing the final, giant photo on display behind the bar at the venue and I was incredibly happy because that has to be the spot where people are going to be looking at the photo the most!

Who are you listening to now? Because I do a lot of music photography I’m always listening to new bands. More recent new-ish bands/albums that I’ve really enjoyed are Clouds Nothings Attack on Memory, Japandroids Celebration Rock, Grimes Visions, Beach House Bloom. I find myself going back and listening to a lot of albums by so many classic bands: Fleetwood Mac, Talking Heads, Pavement, The National. I recently started listening to a band’s entire discography for artists that I am familiar with but am not familiar with anything beyond their greatest hits and have made a ton of discoveries. Roxy Music have a lot of great albums, Blur recently released an album and I listened to all of them in anticipation for it, there’s always something to discover.

If you were in a rock ‘n’ roll band, what would your job be? Rhythm guitarist because I’ve been playing that for years on my own, but I’d like to imagine that I’d be the quirky sidekick to a more downtrodden lead singer and fill in the audience banter.

What song/music style reminds you of your childhood? Alternative music. I grew up in the 90’s listening to a lot of alternative radio, so bands like Nirvana, Stone Temple Pilots, Soundgarden, Smashing Pumpkins, Green Day, all remind me of childhood. Anytime any of those bands come on I’m immediately taken back to when I was starting to discover music on a more mainstream level.

What song/style do you love to dance to? There’s an artist who goes by Girl Talk that I love dancing to because he takes these classic rock/hip hop tracks and mashes them up with other genres you would never expect and creates something entirely new from them. Also if you don’t like part of the song you can wait 30 seconds and it’ll morph into something else, I’m really looking forward to whenever he releases a new album. 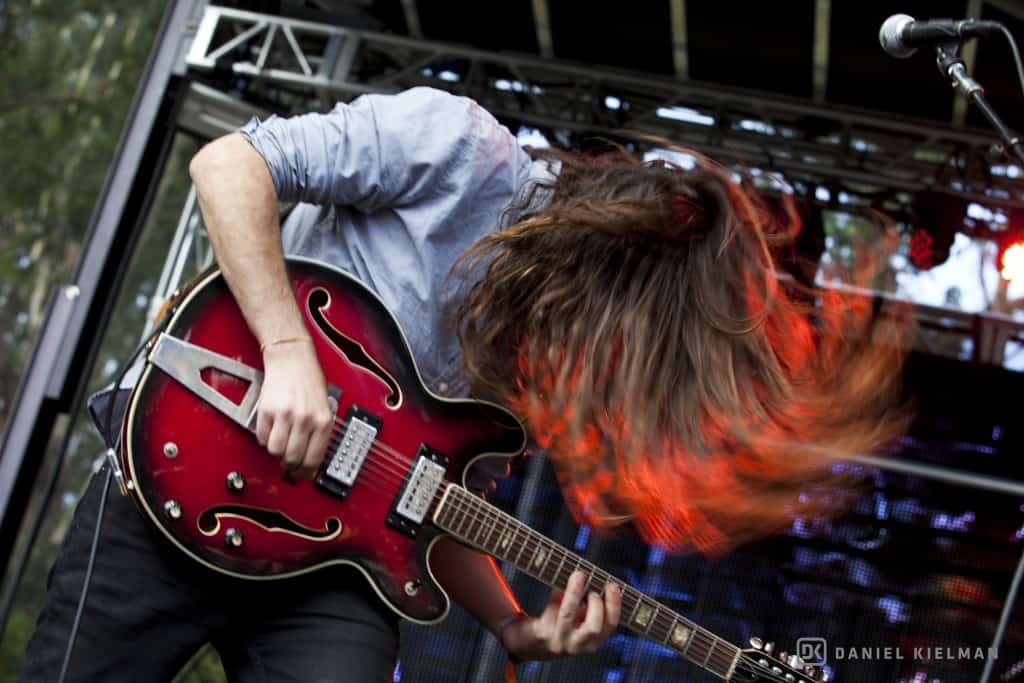 This photograph is of Mikal Cronin at the Outside Lands Music Festival in Golden Gate Park in 2014. I had photographed the garage rocker earlier in the year so I knew he got pretty animated moving on the stage and I got very lucky being in the right place at the right time and snapped this one. It fully represents his style of music in one frame, but it’s a crime that since then he’s cut all of his hair off! Is one of my favorite photos I’ve been lucky to snap in recent memory.

What was the first concert you went to see? I forget which was first, it was either Metallica with Korn as the opener or Weird Al Yankovich at a state fair in California.

What movie can you quote word for word? The Shawshank Redemption, I’ve seen that more times than I can count.

What is your favorite day of the week? Friday.

What’s your strangest talent? I have a very good sense of direction, so looking at maps and navigating something and having a sense of north and south has always come easy to me and I hardly even think about it when needed.

What was the last experience that made you a stronger person? I ran my second marathon earlier this year in Orlando, Florida and I was not in the mood to do it. I woke up that morning feeling sick, was tired because I had been to parks the previous two days before the run and it was stressful getting to the start line that morning, but pushing through and forcing myself to do it really meant a lot to me. 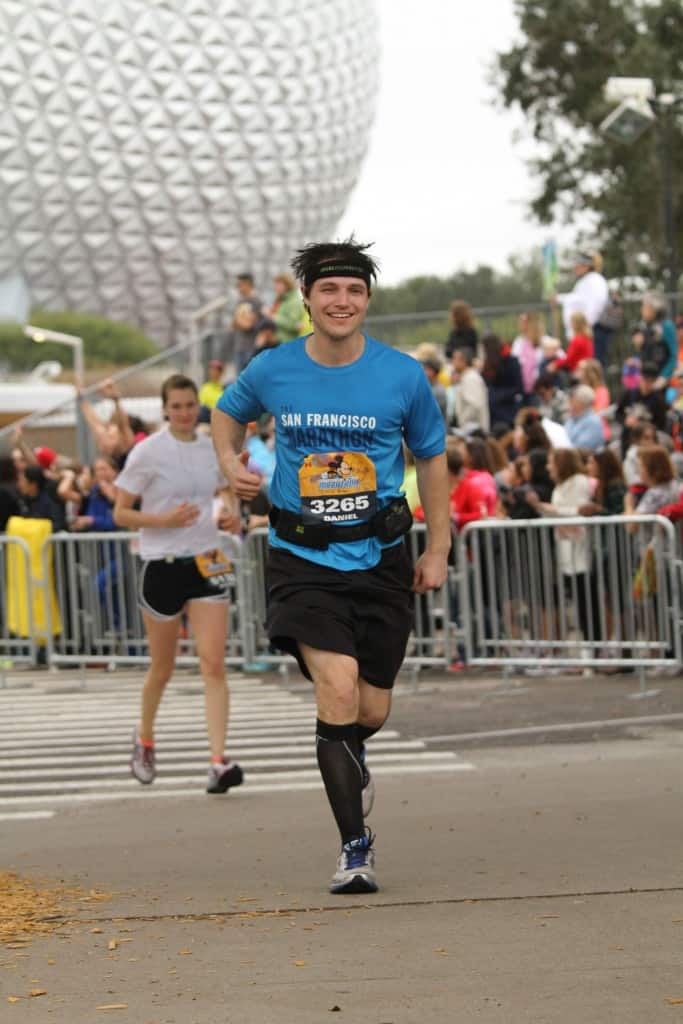 What is the single best decision you have made in your life so far? When I was 7, I came to an early realization to not care what other people think, to push outside of the norms and sometimes to do something even if it only makes sense to you. I’ve probably lived mostly that way ever since.

What is the best dish you can cook? Chicken Quesadilla. It’s not authentic at all but it completely blows any other quesadilla away that you’ve ever had.

Are you a morning or night person? It depends. I can really be both when needed, but as much as I hate waking up early I’m probably more of a morning person, I think that’s when I’m at my most productive even if I’m groggy.