My Story with the Blues [Robert Relly] 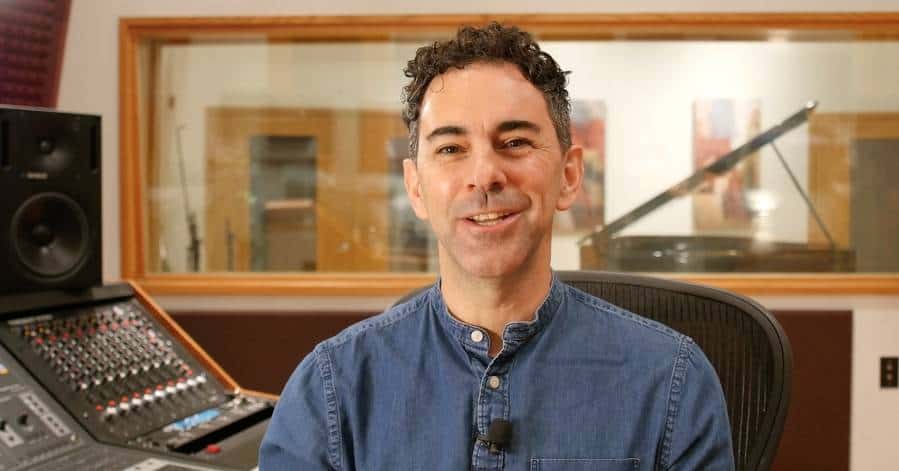 Music of the last hundred years would sound completely different without the Blues. You may have a certain picture in your mind when you think of blues music, but you may not realise how diverse the genre actually is, and how it has seeped into just about every other genre – truly, the blues is everywhere in today’s music. Blues has a fabulously rich history and a deep cultural importance, and what’s more, it’s fantastic music and fun to learn! At Simply Music, blues is a crucial part of what we do, so much so that Advanced Teacher and bluesman Robert Relly has created an entire program, the Blues Infusion Program, that shows how exciting and simple to learn the world of blues playing can be.

In this new blog series we’ll explore the history, variety and playing fundamentals of blues, and we’ll start with Robert’s own story, one that illuminates the power of the blues in one musician’s life.

Like many of us, I had heard some blues growing up, along with blues influenced rock, jazz, soul, etc…. But I wasn’t specifically a blues fan and I didn’t see the need to study it as a musician. My interest was mostly rock at the time. But I had two pivotal moments that changed things for me dramatically as a musician. You know, epiphany moments.

The Allman Brothers Band was a group that I loved as a kid. They melded rock with country, jazz and the blues, and featured virtuoso musicianship on dual lead guitars, piano, organ and bass. And with two (yes count them—two) drummers, the music was always super full of energy.

As a young guitar player, I tried desperately to figure out a song recorded on their landmark live album, Live at the Fillmore East. The song? Stormy Monday—a blues song written by blues legend T-Bone Walker. It had two guitar solos on it that were so powerful, yet so melodic. For years, they were beyond my ability to figure out. And in those days, we didn’t have the internet to tell us how to do everything. So it was literally lifting up the needle on a vinyl record player and playing that part of the song over and over again.

Quite a few years passed until I was able to play the song through, note for note. But the thought in the back of mind was, ‘Ok, I can play the song, but I have no idea how those guys ever came up with the idea to play those notes.’ I was convinced that musical brilliance was reserved for those chosen few.

One day, a fellow fan told me that the Allman Brothers had listened to a lot of Elmore James and Robert Johnson. Who are they? I was determined to find out. In fact, I decided to do my own, self-guided, blues study. I was going to do it chronologically, starting with some of the oldest blues recordings from the 1930’s with Robert Johnson, and work my way through the 40’s, 50’s and 60’s.

So I figured out every song that Robert Johnson ever recorded. Literally. And as I did, I started to see some of the phrases and turnarounds in Stormy Monday and other rock songs. Only they were in a very crude, or sort of primal form. Like they were the simple essence of the turnarounds and phrases I was familiar with hearing.

From there I moved on to Big Bill Broonzy and his rural-folk blues recordings from the 1940’s. Specifically, his Baby, Please Don’t Go album. Again, I saw some of the same phrases that Robert Johnson had recorded, but with some extra stylizations added in. And he introduced some new ideas, especially bridging the gap between Ragtime music and the Blues. I figured out the entire record, note for note.

Moving on, I heard even more embellishments with Elmore James’s 1950’s recordings and could even start to hear early rock and roll in his blues. He is best known for his slide guitar work, but what really started to click for me with Elmore James, was how much the blues is really an interplay between minor and Major ideas. And how bouncing back and forth between these ideas really brings out it’s almost bi-polar nature.

By the time I had gotten through BB King’s 1960’s recordings, I saw clearly what was happening. Musicians from each period were building on and embellishing ideas of musicians from previous periods. In the same way that small tributaries feed large rivers, each musician had contributed to the broad vocabulary that we now know as the blues.

And re-approaching the Stormy Monday song that had started the whole journey for me, I know not only understood it, but could come up with similar ideas of my own that sounded convincingly like the ideas Duane Allman had come up with. Also, I started to see those same ideas and phrasings pop up in rock songs everywhere I listened. It was an ah-ha moment that came over the span of about 6 months. And forever changed the way I hear modern music. Now, I hear it not only in Rock, but Country, R&B, Pop, and Jazz. Blues is not only important because of it’s historical part in forming all of these styles, it is absolutely essential in being able to play and understand them.

I’ve had the pleasure of playing music worldwide over the past several decades. Starting with private lessons as a boy, I continued study at Virginia Tech under jazz great Joe Kennedy. I went on to play in many bands, ensembles, world tours and on various recordings. I’ve been blessed to play in venues ranging from Radio City Music Hall, to an outdoor performance for 120,000, to a broadcast for 20 million viewers on German National Television. I’ve played in jazz bands, blues bands, rock bands and led worship in churches around the Midwest. I’ve taught piano, bass and guitar over the past 2 decades. Recently, I’ve worked as a recording engineer, played guitar with the band Waking Lucy and played bass for the Bluesmen featuring singing legend Eugene Smiley. I love my students and am humbled by the great honor I have of working with them.