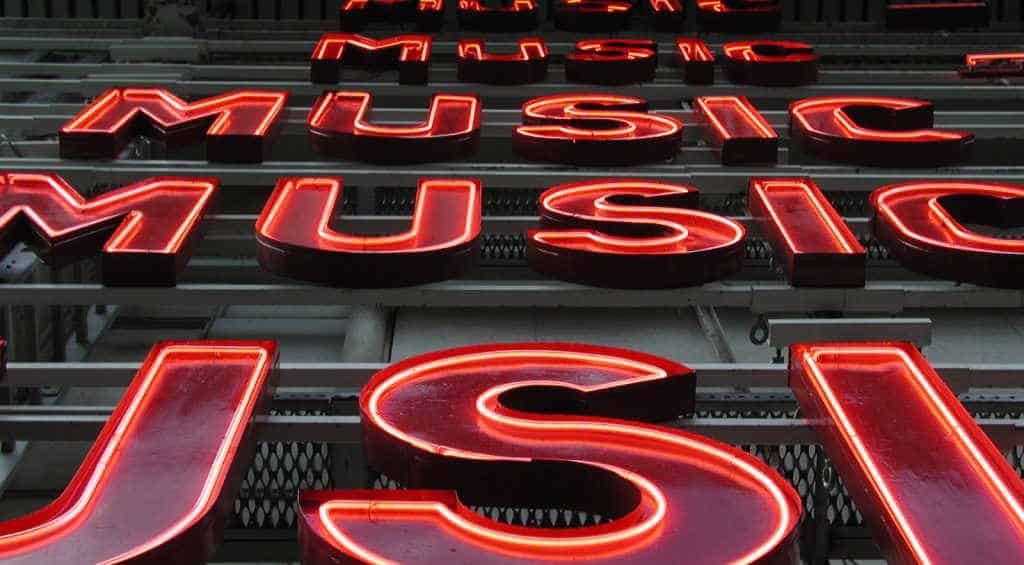 I remember hiring a car on a holiday a few years ago. We could only tune the radio to one station, playing popular music, and as the songs cycled by, I started to realize that maybe a third of them featured the same four chords, nearly always for the same length each. It amazed me that that simple progression could inspire such quantity and variety of melodies. So, even if you’ve hardly touched a keyboard before, it mightn’t be beyond the imagination to learn those four chords and give yourself the chance to play the accompaniment to a huge list of songs.

Below is a by no means exhaustive list, compiled with the help, amongst others, of the amazing Axis of Awesome:

In some of the above cases the song may have sections that include other chords, but I’m sure you have a sense of how much these chords allow you to do. One thing to know about before you begin is called ‘Key’. That’s a huge subject, but for this conversation, all you need to know about Key is that a song, a melody, or a chord progression can start anywhere on the instrument. From different starting places it will sound higher or lower, but still be recognizably the same progression. It’s a bit like having different colors of the same model of car. I’ll talk about our chord progression in two keys – a very simple one and the one Axis of Awesome use – and then we’ll look at finding the chord progression in any key.

For the first key, I’ll assume you’ve had just a handful of Simply Music lessons. One of the very first songs you’ll have learned, and the very first accompaniment project, is a song called Honey Dew, which uses the chords C, Am, F, and G. That’s another very popular chord progression. These are all the chords we’ll use for this project, just in a different order. Change it to C, G, Am, F and you’re done!

This key starts on E major. If you’ve started the Simply Music Accompaniment Program, you’ll know this is a triangle shape (white on the bottom, black in the middle, white on top). Next is B major, a curve shape (white, black, black). Next is C minor, a triangle, and last is G major, a straight line on white keys.

A particular 4-chord song might be in any key, that is it might have any major chord as its “I”. If you want to play the song in any key, you need to know a little more. The progression is referred to as I, V, vi, IV. Thinking of my earlier analogy of car colors, if C, G, Am, F is “Red Mini Cooper” and E, B, C#m, A is “Blue Mini Cooper”, then I, V, vi, IV is “Any Mini Cooper”. You need to know how to find the I, V, vi, and IV chords from any starting note. A Simply Music student who has learned about I, IV, V is nearly there – the only chord they don’t know is vi. The easy way to do this is, from the V, bring your bottom note up by a whole step. This note is the VI. From that note you simply build a minor chord (when represented as a number, a minor chord is written in lower case). As a Simply Music student, you should know how to make a minor chord, but if you haven’t learned that yet, it’s easy too. Make a major chord then move the middle note down a half step.

Although it’s all pretty straightforward, you might as well use your learning tools to simplify things as much as possible. Using the chord shapes might help you memorise the sequence visually. So, starting from D, the chords will be D, A, Bm, G and the shapes will be triangle, triangle, curve, straight line. These shapes are not intended to tell you every detail, just to serve as reminders of what you’ve already worked out.
The great thing about this skill (called transposing) is you can change the chords to fit your vocal range. And while you’re at it, why not come up with a melody of your own? Unlike Axis of Awesome, you needn’t wait 40 years to write a hit song!