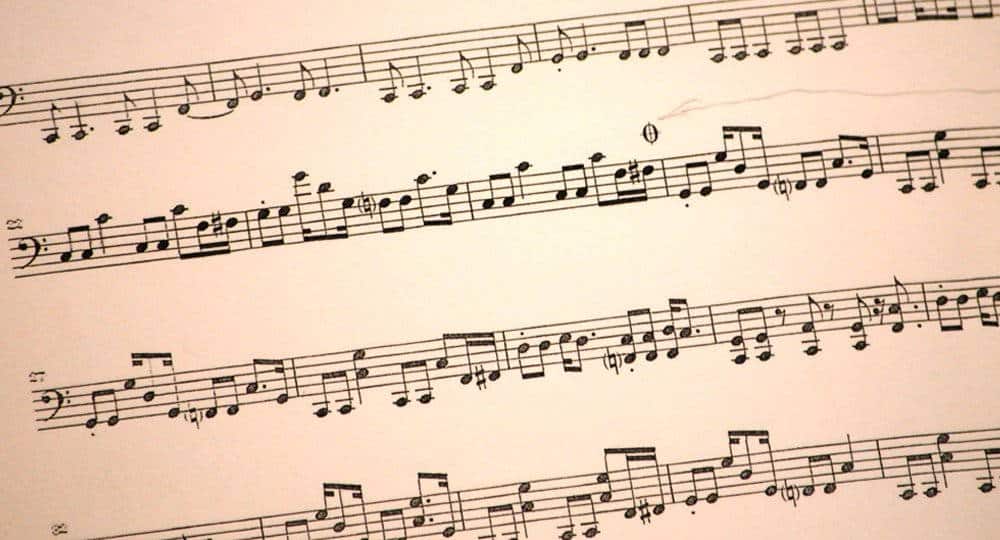 It was interesting to read a recent article by educator Robbie Gennet suggesting that sheet music may not be necessary in music education. Just as enlightening, if not more so, was the reaction in the comments section, a lot of it quite hostile, which prompted a clarification from Gennet. I think the discussion teased out some assumptions some people make that go to core issues like the role of music and musicians in our culture.

At Simply Music, our aspirational catchphrase is “a world where everyone plays”. For me, that begs a question: what would be better; a world where everyone plays, even if most of us play at a fairly basic level, or the current world, at least most of the western world, where the playing is left to a small number of high-level specialists with outstanding skills or talents, and the rest of us just listen? Perhaps the emphasis on reading has been partly responsible for this, because it tends to be associated with more ‘formal’ music in the classical tradition rather than music we might sing in the shower or perhaps create ourselves.

What if learning to read occurs to a student as a struggle and provides a motive to stop lessons? Or focussing on reading (and on the kinds of music that most depend on reading) has students fearful of straying from the composer’s instructions to the extent of being fearful of making their own music?

Perhaps the standard educational model, based as it is on traditional ensembles and soloists learning their parts via notation (dominated by what Gennet calls the “Conservatory Crowd”), is outdated. That’s not to diminish this approach at all – it prepares students for a range of further studies and it makes for wonderful musical experiences along the way. However, if it makes the music that’s most relevant to kids seem like a lesser cultural citizen, then that’s a pity. If notation has been the accepted way of sharing music we value, we may, perhaps unconsciously, devalue the kinds of music that notation can’t properly represent.

A thousand years ago, when the scholarly monk Guido of Arezzo first developed the notation that has been refined but not superseded since, the palette available to composers was simple – basically notes, rhythm, words, a limited number of instruments, and some expressive variability for most of those instruments. Of course, that’s not a bad thing in any way, but nowadays there are so many creative options in music that can’t be easily notated. A typical pop song might include electronic drum loops, samples, synthetic sounds and textures impossible on any acoustic instrument, and the studio treatments that can completely change any of the material. Notation was developed as a way of recording the information required for a musician to reproduce a composition, but now we have other ways to record. In fact, the recording itself has become an art form. A modern music track is both the composition and the performance, and reproduced as often as we want.

Notation was born and raised in the world of serious European music. We can never diminish the immeasurable impact of the western classical tradition, but the reality is that most music created today owes as much if not more to African traditions – blues, jazz, rock’n’roll, rhythm and blues, hiphop (considered the most listened to music in the world), electronic dance music (EDM) and more can all be traced back to the African diaspora and its intermingling with European influences. To varying degrees, all these styles struggle to be adequately represented by western notation. How do you write the way a blues guitarist bends his string to find a note not in the western scale, or the way an EDM producer programs a gated filter sweep?

So, perhaps it’s worth each of us evaluating how relevant notation is for the kind of music that we want to make, and the pros and cons of studying notation. For classical music, or other composed music played live by acoustic instruments, notation is pretty much essential. For jazz, it’s useful for learning melodies, but being stuck to a written part is usually not in the spirit of the genre. If you want to play in a country music band, notation might be useful for showing your guitarist a lick, although chances are it will be simple enough for most people to learn playing-based, and understanding chord charts is likely to be much more important. If you’re writing hiphop or EDM, notation is pretty much a waste of time.

Of course, not every beginning student knows what music they are going to want to do way off in the future. Just as obviously, not learning to read at all will dramatically limit their choices. So it seems like learning to read some time during the process will be extremely valuable. But that doesn’t mean that we need to read at the very beginning of our development. And what if learning to read occurs to a student as a struggle and provides a motive to stop lessons? I couldn’t tell you how many students I’ve had over the years who’ve found learning to read so tough that they have given up. Obviously if they’ve ended up with me, they were not so put off that they didn’t come back, albeit to a different approach. But what about the ones who gave up permanently, thinking music was simply not for them? As well, including the complication of reading at early levels might slow down the student’s progress in terms of playing, like restricting them to single-handed pieces or pieces only in treble clef. Perhaps a focus on reading could preclude them from pursuing valuable activities that don’t use standard notation, like playing lead sheets, improvising or composing. What if focusing on reading (and a focus on the kinds of music that most depend on reading) has students fearful of straying from the composer’s instructions, maybe to the extent of being fearful of making their own music?

Anyone who knows about Simply Music will probably have heard someone talk about how a child begins to learn their first language. To flesh that analogy out a bit, they begin with impromptu babbling – probably their best attempts to copy the sounds and emotional inflections they hear coming from others. They then try to imitate more closely and communicate more specific things, while at the same time starting to develop a vocabulary, very quickly building a repertoire of a large number of mostly small words. They then learn to assemble these words into sentences – which, when you think about it, is essentially improvisation (or composition if they repeat them). All of this happens before they learn to read. If that analogy holds for music, we would be learning to improvise, play a large number of simple pieces, and compose our own before we begin to read music.

Whatever music path you tread, learning notation is likely to be useful in some way, and often essential. The real key is to learn reading at the right time, and in a way that gives it its proper place in your array of skills, not getting in the way of your other musical goals.