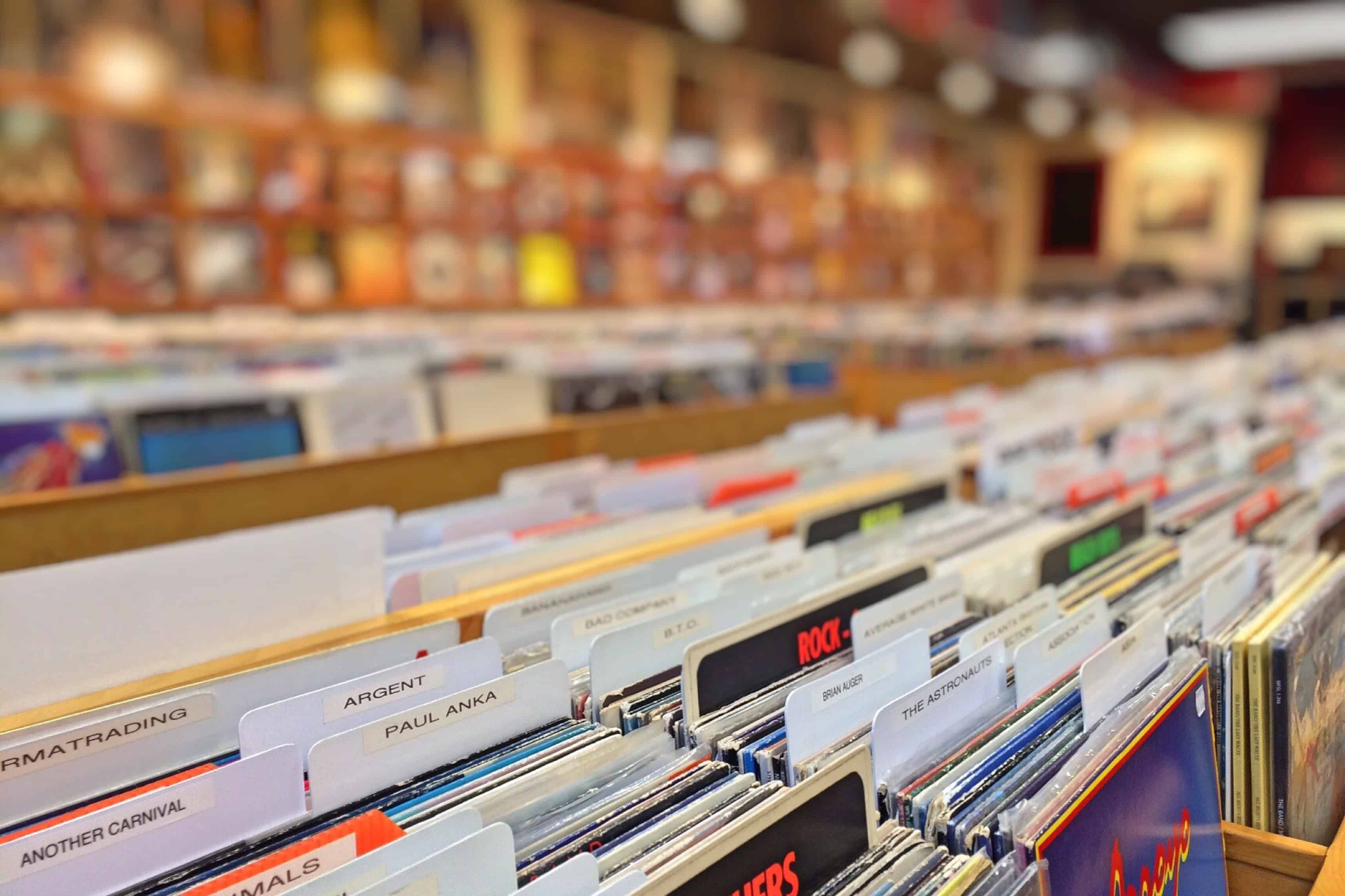 If you’re as old as I am, you might remember a now largely vanished delight: walking into a record store and being instantly struck by something fantastic being played over the speakers, or seeing a cool-looking album beckoning to you from the new release racks. Perhaps after shyly asking if you could audition it under some headphones, you made the momentous decision to part with your week’s savings and rushed home with that beautiful thing under your arm ready to drop onto your turntable.

Putting aside the amazing fact that vinyl is currently the largest growth sector in the recorded music market, the reality is that the joy of discovery is alive and well, even without a gatefold sleeve. In fact, there are so many ways to discover music that I wonder if some people just don’t know where to begin. I even conducted a little survey among my friends and colleagues. Interestingly, I found that for those who have been listening to music for a long time, their music discovery habits haven’t changed that much. They are just as likely to discover music from the radio as online. And when they do explore music online, it’s quite likely to be through either YouTube or Facebook. These are actually pretty clumsy tools when it comes to exploring the huge array of music, artists and genres available to us. There are other ways of navigating this ocean that are more tailored to music lovers.

We’ve recently discussed the range of streaming music services available today, so perhaps we can dig a little deeper into the fantastic ways you can discover new music. The streaming services are worth getting to know, not just for the huge selection of music they offer, but also for the way they help you explore music.

Before we dive in, we want to stress what we said in the first article in this series: while it’s great that these choices are out there, it’s also great to support the artists that you love. Most of the sources we discuss here are cheap or even free. Even if you pay for a streaming subscription service, consider buying at least some of the music you hear. That means that the music is yours forever, and, especially for independent artists, it helps keep them in noodles.

Before diving into the popular streaming music services and the discovery aspects that they provide, let’s look at some innovative ones that are a little off the beaten path. 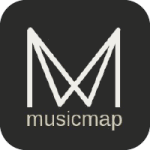 From their description, “Musicmap is a first-phase experiment to achieve a near perfect overview of all popular music genres. This process is never-ending, always incomplete, and requires further input from the international community.” Basically, what Musicmap wants to do is educate any user, regardless of their background or music knowledge, and tell them about the basics of all music genres. It also wants to get people out of their comfort zones and discover things that may be a little different to what they normally listen to. I played with it briefly, sticking to some of the genres I was pretty familiar with, and definitely brought up the more accessible and popular artists/songs in their respective genres. But I wasn’t afraid to pull up some weird ones too. If there’s a genre that you don’t feel like you know too much about, this is a great site to get a quick overview of it, and then dig deeper into the fine details of the sub-genres and check out a curated playlist, for a great summary of some of the most important contributions to that genre. 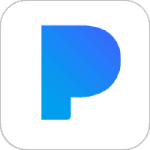 This one is specific to the streaming service Pandora and is the engine behind its music discovery process. This method was created by Will Glaser and Tim Westergren in 1999. Using a mathematical algorithm that takes in a wide array of attributes of songs, the Music Genome Project takes 5 ‘sub-genomes’ (Pop/Rock, Hip-Hop/Electronica, Jazz, World Music, and Classical) and explores the characteristics of each genre. In essence, it takes specific characteristics that may not occur to you about a song to find connections with other songs. It’s not just mathematics either; a musician listens and checks this matching as well, to ensure that it meets listeners’ expectations and matches the statistics of what others agree with. This approach informs Pandora’s listening selections. It’s like a radio station, playing one unique song followed by another, with complex mathematics assisting subjective decisions in generating ever-evolving playlists. 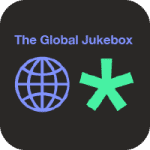 This one is off the beaten path and I mean that quite literally. Not a music streaming service, but certainly a discovery service, this unique archive, run by the Association for Cultural Equity, streams 17,000 tracks recorded by legendary ethnomusicologist Alan Lomax and his associates from around the world.

This is as much an anthropological project as a musical one. Lomax and his collaborators searched recordings and films of music, dance, and spoken word for descriptors that would distinguish performances in a comparative, cross-cultural framework. They coded and statistically tested representative samples to explore three major questions: Are the arts intrinsic to culture? What can expressive culture tell us about the human story? What are the significant correlations between expressive style and culture and what do they tell us?

The Global Jukebox presents traditions that are linked to the roots of the world’s peoples. Alan Lomax called it a “democratic cultural system”. The visitor may explore collections of music, dance, and speech from almost every corner of the globe, recorded by hundreds of pioneering ethnographers at times when mass communications were less pervasive than now.

If you click around the map you’re not really sure what to expect. Some are field recordings of nature and animals in the wild, others are talking in other languages, dancing, or music being performed live. It’s an interesting interactive experience that may not help you discover new artists per se, but will introduce you to sounds you’ve most likely not heard before.

Now we get to the well-known streaming services and what they offer when it comes to providing new music for the users. Quite a few streaming services have come and gone in the past few years for various reasons, but we’ve focused on the ones we feel are most likely to stick around, or are most worth supporting. 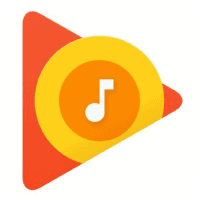 Google Play Music isn’t as popular as the other major streaming players, but the fact that it’s backed by Google means it should retain support into the future. Google Play Music is actually a few things: It’s part iTunes (you can buy songs); part iTunes Match (you can upload songs you downloaded elsewhere for access anywhere); and part Apple Music. As a bonus, anyone who subscribes to Google Play Music also gets a YouTube Red subscription, and vice versa. For $10 a month, that’s a lot of streaming music and ad-free YouTube content.

Google Play Music includes a recommendation service that learns your likes and dislikes and can find music that it thinks you will enjoy. 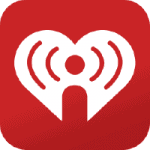 iHeartRadio is run by iHeartMedia (the company formerly known as Clear Channel Communications), which has a huge tie-in with most of the nation’s largest radio stations. iHeartRadio might not have cachet of Spotify, but with 100 million registered users in the US, it has a lot of ears. Moreover, because its owner is the biggest player in the terrestrial radio business, it doesn’t have the same financial issues as Slacker or Pandora. iHeartRadio might not be cool, but it’s also not a fly-by-night. 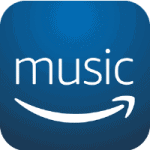 Amazon has had a music service for its Prime users for a few years, but last October it launched its direct Spotify/Apple Music rival, Amazon Music Unlimited. Though it is very likely that Amazon sees its music offering as a loss-leader — Prime members pay $8 a month instead of $10 for non-Prime members — as long as Amazon doesn’t get bored by music, it’s probably pretty safe. 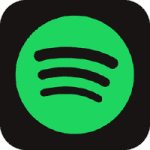 Make no mistake: Spotify has some very real business problems. For one, it can’t make money, though some investors insist it might find profitability this year. For another, musicians and labels don’t all love it. But the reality is that Spotify is far and away the biggest streaming service globally—both paid and free—on the planet, with more than 60 million paying users and many more using the free, ad-supported version. Moreover, even though labels and artists often decry how little Spotify pays them, only the biggest artists can actually afford to not be on the service.

For users, Spotify offers a huge catalog and a slew of tools for exploring it. It features playlists curated by other users and by the artists themselves. If you look into the interests of like-minded music lovers, you can unearth many a buried treasure. It also has a special playlist called Discover Weekly, which learns your listening habits and recommends music its taste-bots figure you might like. Sort of like a caring Big Brother. You can learn more of what Spotify offers here.

Apple Music will probably never outpace Spotify in number of subscribers. Spotify had at least a four-year head start, and it has a free product that can get people hooked. But in less than two years, Apple Music has managed to attract more than 27 million paying subscribers, something no company on this list (save Spotify) can even fathom reaching. Plus, Apple Music is backed by the richest corporation in the world. And in the future, Apple Music will likely be the iTunes Music Store’s replacement. As revenue for the iTunes Music Store declines, Apple is going to do everything in its power to make Apple Music make up the difference.

Apple Music has tried to get a jump on Spotify by actually involving humans in its curation process. This includes an array of exclusive radio stations in various styles, with flagship station Beats 1 featuring celebrity DJs and guest artists. They have attempted to add a social component and give you the opportunity to follow artists and “love” tunes to help the service find similar music. The “For You” section includes tailored suggestions by style and themed selections highlighting artists in interesting ways. For instance, it obviously figured out I listen to a lot of Brian Eno and came up with a selection of other artists Eno has worked with. 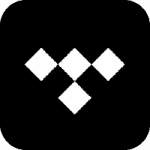 Tidal might be thought of as the subscription service for the true music buff. For a higher fee than other services, subscribers enjoy a higher audio quality and exclusive content. It’s still the only place where you can legally stream Beyonce’s Lemonade album. Being owned by a consortium of artists, the service looks after the fans with extras like online meet-and-greets, and the artists with its higher royalties. It can give a greater sense of connection, as if you’re part of an exclusive club along with some very cool fellow members.

The above is just scratching the surface of what’s available. If you have a favorite service that we haven’t featured here, let us know in the comments.