How to Listen to Music that Supports the Musicians You Love

The 21st century is a great time to be a music lover. But it’s not such a great time for musicians. Not all of the new ways of finding and listening to music pay the artist well. If you care about the people actually creating the huge range of music you have easy access to, then you might like to know about how they get paid. In this article I’m going to take a look at how to make music-listening choices that most benefit musicians.

There’s never been a time in history where access to music has been easier. This ease is benefited by technological advances such as music streaming (Spotify, Apple Music), digital marketplaces (iTunes, BandCamp), record stores (Amazon, whatever your local one is) and even video streaming (YouTube). But it’s also because of the multitude of devices that play music. Cell phones, internet browsers, vinyl records and your TV are just some of the many ways to listen to music, each of which compensates an artist to varying degrees.

The benefit of all these new means of music-listening is that they all compensate artists financially in some way. This addresses the music industry crisis at the turn of the century when illegal file-sharing threatened artists’ livelihood. Choice and availability have never been stronger for the listener – you are just a Google search away from your artist of choice. Algorithms like Spotify’s help you find similar music you may like. Holdout artists and bands are embracing these mediums, with such gets as iTunes exclusively distributing The Beatles’ complete discography in 2010 digitally to Prince’s entire catalog available for streaming just this year.

Anyone who listens to music using one of these means, consciously or not, is deciding how to support those musicians. Each method compensates an artist in myriad ways that are important to understand if you want that band to keep making more of what you love, more so if you want to become a professional musician someday.

How much money does an artist make from streaming from a service like Spotify? The numbers may surprise you. Bear in mind, there is not a constant price that an artist is paid for a single listen. Revenue earned from streaming goes through a variety of algorithms and contracts designed by each company based on song ownership, number of plays and more. All of this is a bit too complicated for the scope of this article (more information on it can be found here), but for our purposes I’ve consulted a comprehensive and convenient datasheet that was released in 2015 showing the worldwide amount paid to an artist through Apple music.

Ready for it? The amount per listen of a given song according to Digital Music News in 2015 was:

You read that right. That’s roughly 1/20th of a cent for a single stream of a given song.

That number is small, but all those portions of a cent add up, if perhaps not quite in the way you may expect.

Let’s break down a couple of methods that you may use to listen to music, how each compensates the artist and some other things you can do to support your favorite musicians.

While that small per-stream number above may not seem like a lot, streaming does provide one major benefit: a wider audience. EventBrite analyzed and reported that 51% of Spotify users are likely to go see their favorite artists live, and live performance is the constant where artists make their real money. Live shows can’t be replicated, a one-time only affair with money going more directly to the artist. It’s also a place where the musician can sell merchandise or get more creative with how to satisfy fans and explore their songs (we’ll dig deeper into live music in just a moment).

If the artist you want to listen to isn’t officially on a streaming service like Apple Music or Tidal, it may have a video on YouTube, where the label, artist, or even a fan may have posted the song. Because of this lack of accountability the artist may not make revenue from YouTube. If it’s an official music video or posted to the band’s YouTube account then it may make money from advertisements. But even then these the revenue is still roughly the same tiny amount per listen as the music streaming services (check out an infographic that breaks down the revenue made by a variety of streaming services here). However, YouTube gives the same benefit that Spotify streaming provides: a platform. Artists like Justin Bieber, Carly Rae Jepsen, Susan Boyle and many, many more have all been discovered because of YouTube.

BUYING MUSIC FROM THE MUSICIANS YOU LOVE

Any purchasable format a consumer makes supports the artist more effectively than simply streaming a song. The big comeback that has surprised analysts is the resurgence of vinyl records. Vinyl sales outpaced CDs in 2016 and entered into its first billion-dollar earnings, subtly signaling the market shifting from a file-purchasing and CD-listening environment to streaming. Streaming is great, but it has no ‘romance’. Many fans will buy their favorite band’s LP and never even play it. Perhaps they will admire the beautiful packaging and devour the liner notes while listening to the music on their streaming service.

Buying an album has meaning now more than ever. It’s still the best way to support an artist if you can’t see them live or don’t want to purchase merchandise from them.

If a band can’t afford a costly physical release, besides submitting their music to streaming services they can also release a digital version to sell on BandCamp. BandCamp has become the digital storefront for independent artists to provide easy access for their fans to purchase their music. Bandcamp breaks down the cut they take from artists and in all fairness it isn’t too bad for the band that’s just starting out, taking roughly a quarter of payments and compensating artists promptly. Artists can choose how much they charge and even give purchasers the chance to pay more than the set price (and 40% do!). Then, of course there’s the most popular digital music site on the planet, iTunes, which pays about $0.70 to the artist for one $0.99 song.

Many artists sell their music directly on their own web site or embrace a pay-what-you-want motto, where the album is available for free and people can donate as much money as they think they should. Or artists get creative and release a special limited edition or only a certain number of physical releases. Some artists turn to crowdfunding support for a physical release of their album by using Kickstarter or Pledgemusic.

So if there’s an album or song that holds a really special place in your heart, support the band and buy it!! 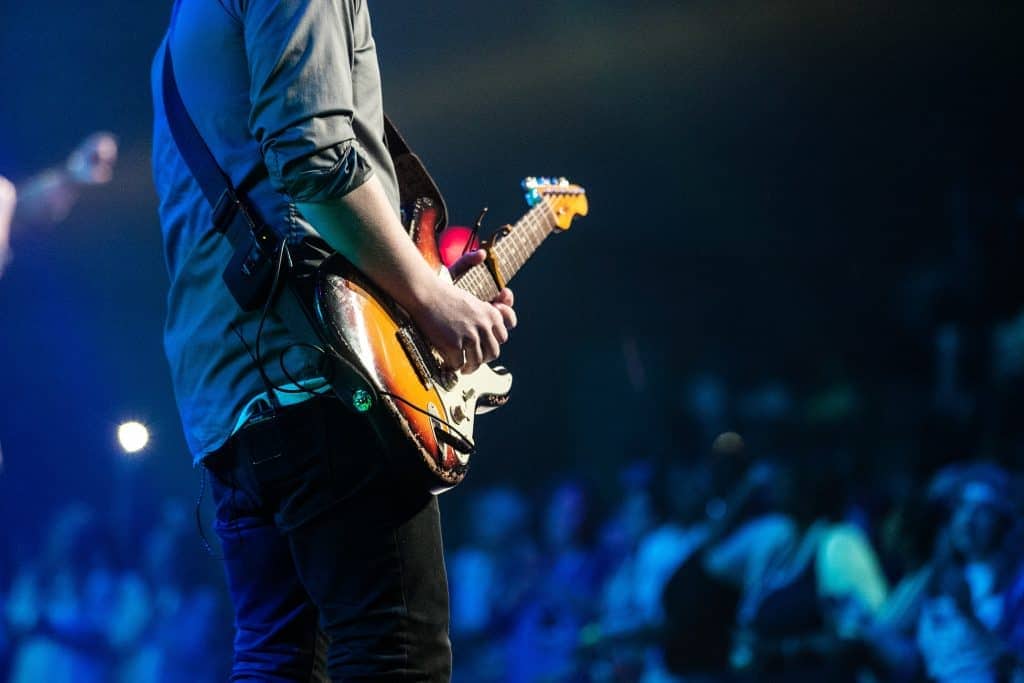 Live music offers the best deal, in terms of both artist revenue and entertainment value for the fan. Live performances are direct and becoming more and more popular in towns large and small across the globe. Plus a live show is one of the best ways to experience music – one of the greatest things about a musical performance is witnessing the craft of it performed live, be it with trickery of live digital effects to reach album quality or an entirely new interpretation of a song by stripping it down to an acoustic version or greatly remixing it.

AND IN THE END…

How you listen to music matters. You should keep listening to your favorite artists by whatever means are accessible for you, streaming or otherwise. Most artists simply want their music to be heard and loved by those willing to seek it out. But if you care about those musicians, if you want to keep the artists that you really love doing what they’re doing, you may have to take a step beyond streaming.