Today I want to talk about some of the benefits of using digital software for composing music. First off, I would like to acknowledge that I began sequencing music on my father’s old “Ensoniq SQ-2” keyboard. I learned the keyboard in and out, and taught myself how to do basic sequence recording. I began using the stock sounds that came with the board. I was recording basic 4 or 8 bar loops, usually layered with drums, bass and a few other various sounds such as piano, strings, etc. It was a great beginning, but the keyboard was huge and weighed a tonne. 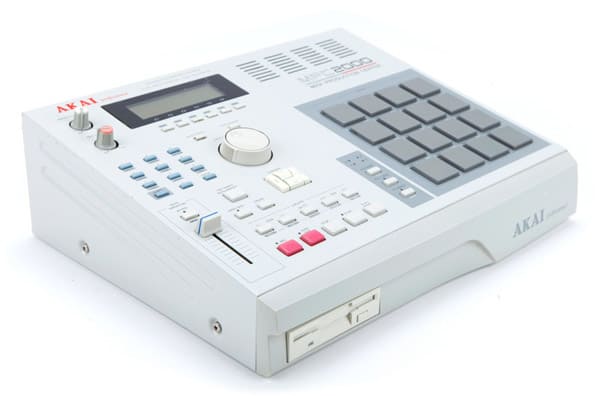 The next gear I began using was a Akai MPC 2000XL sequencer and a Yamaha Motif keyboard. I learned many tricks of my trade with this equipment. Not only did I learn how to fully record and arrange a song, I also learned sampling and began creating and layering my own sounds. While I learned an immense amount by using this equipment, the recording progress was a little more complicated than I desired. I would initially sync my MPC and keyboard. Once I’d finished the composing aspect of the song, I would then have to individually record each sound of the song into a computer program. Once this was completed, I would have to re-sequence the song in the computer program and then re-adjust all of the levels, and basically have to re-mix the beat that I’d just spent hours making.

This was the first time that I’d combined analog hardware with digital software. Many hours went in to tracking all of my beats and songs. Around this time, computer software for sequencing began to boom. Once I learned that you could record, arrange & mix all in a computer program, I instantly made the switch. For me, the biggest difference I noticed right away was time efficiency. Instead of recording each sound in individually, I could now do this simultaneously. When it came to editing certain notes, the process was now seamless. For example, on my old keyboard, if I played something incorrectly, I would have to re-record the whole phrase. With computer software, I could see each note that I played on the screen, and with a few mouse clicks, it could be instantly adjusted.

We are living in a technological age and time is of the essence. Things just move at a faster pace these days. I learned a great deal by using old equipment and thoroughly learned to understand the process of sequencing music. However, things that would have taken me an hour then, now only take me 15 minutes. The output ratio increases drastically with using software. I’ve heard arguments in the past about software that it doesn’t sound as good as the old keyboards. I agree that typically a stock sound with nothing added to it in a program may not sound as warm or as full as on a keyboard. But in all of the main software programs, such as Logic, Pro Tools, Reason, Ableton Live, etc, they come with a plethora of effects, as well as additional sounds that you can purchase. With the right ear, equipment and training, you can achieve whatever sound you are hearing in your head becoming a reality.

In my next installment, I’m going to compare and contrast a few of the popular softwares and include some audio snippets of some music composed in each program.