Students and parents/coaches often believe that the Simply Music method is demanding. It can be a challenge to be as diligent as the method instructs. It can be hard for parents to actively involve themselves in supporting and taking responsibility for their kids’ practice routines. At first, it may have seemed relatively easy to produce satisfying and impressive results. With the need to maintain a growing repertoire while also regularly taking on new and increasingly complex material, some may wonder, where did the “simple” in Simply Music go? Is it really easier than traditional methods after all?

The answer is most definitely yes. Here’s why.

As discussed in the initial Foundation Session and also at various times throughout your lesson experience, we’re not only interested in a novel and effective way of cultivating musical expression for a student. We also want to be aware of the learning process in general and what it takes to ensure that it goes as well as possible, both for the sake of music learning as well as for the many ways that this awareness can impact almost every area of one’s experience.

With Simply Music, the musical content certainly makes it much easier to achieve great piano performance results than other methods, while also providing the most natural foundation for more advanced material such as reading and theory. As for the rest, the managing of the learning process, Simply Music just makes explicit what is always true about learning for people in general. Other methods leave such things substantially, or even entirely, unmentioned.

In other words, Simply Music may demand more than other methods, but that’s only because it’s aware of what should be demanded by any method. If other methods wanted to succeed as well as they could even on their own terms, they’d demand all the same things about managing the learning process — and then they still wouldn’t produce the same results because of the differences in the approach to musical content itself. 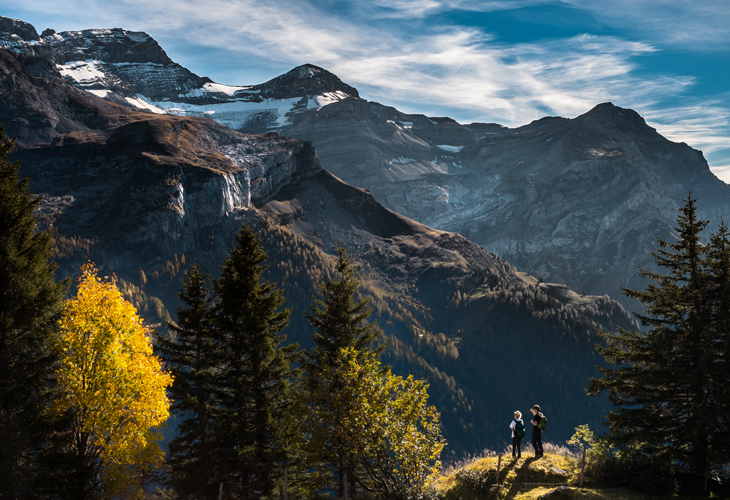 When it comes down to it, Simply Music and traditional methods are like two mountains. Getting to the top means fulfilling whatever potential a student has as a musician. The mountains peaks are at the same altitude, and each different height represents the same amount of performance skill no matter which mountain you’re on. The difference between them is that the Simply Music mountain is very wide with a gentle slope all the way from base to summit, while the traditional method mountain is narrow with a much steeper incline.

Climbing the steep traditional mountain, most people find it a somewhat difficult trek each step of the way. Some will make it up a ways, fewer people the next bit, fewer still beyond that, and so on. Unless you just happen to be someone naturally built for mountain climbing — i.e., unless you already have certain amounts of particular musical abilities, such as interpreting written symbols, translating symbols quickly into physical action, a “good ear,” etc. — you’re not likely to get far. And, indeed, on the whole, few people do.

The Simply Music mountain’s slope, though, is gradual enough that everyone can find a nice pace for themselves, making each step of the way easy to cover. The only thing that can make it too hard to climb is going faster than what your muscles are ready for at any given time. You can always slow down and find the right pace for you to keep making steady progress all the way up the mountain. Not true for just anyone on that steeper mountain.

The opportunity to start at that more satisfying level of performance is further compounded by the terrain of the Simply Music mountain also being more interesting at even its lower heights. Right from the start, there are variations and arrangements, the opportunity to compose and improvise, accompaniment, a wider variety of musical styles, a larger number of positions on the keyboard, and so on. These are all things that traditional methods either begin only far above the base of their mountain or never even get to. Yes, the reading and theory is missing from the Simply Music mountain’s low terrain, even though it is a constant presence from the bottom of the traditional mountain on upward. Those things, though, exist farther up the Simply Music mountain, at heights where students will be vastly better prepared to take them on and make real use of them.

The differences between these mountains explain why Simply Music can be a great thing even for someone who has had some or even quite a lot of traditional method experience. If you’re interested in getting as high into the atmosphere as possible, then, unless you’re already substantially on your way to fulfilling your potential scaling some other method’s mountain, it’s likely to be easier to get there by stopping where you are and starting at the bottom of the Simply Music mountain. And by the way, if you decide to do that, you get a free hang glider ride, no need to climb back down the current mountain and then back up that crazy hill back to the regular ground level. Just make the decision, and you’re right there, ready to go.

Many students — and Simply Music teachers — who have taken even 5-10 years of traditional lessons and/or studied music in conservatories have found that doing Simply Music provided the path of least resistance to the higher altitudes that they weren’t able to reach through the steeper slopes of those other pursuits. Because of the satisfying pieces and the variety of challenges that Simply Music offers right from the beginning, they have very little sense of “starting over,” instead having a great experience from the start just like students whose first piano lessons were with Simply Music.

But none of this means that life will always be easy there on the Simply Music mountain! Physics tells us that it takes the same amount of energy to move something one foot up in the air no matter whether it’s moving vertically straight up, or a longer distance up a steep slope, or an even longer distance up a gradual slope. The work simply has to be put in. It’s just easier to do it gradually, over time, up the shallower slope.

The key is a moderate pace and consistent effort. Go too fast, forget to keep your repertoire alive, fail to follow the method’s instructions, and one way or other you’ll start to struggle, not yet ready for the headier terrain you’ve proceeded into too quickly. You’ll have to come back down the mountain a bit and retrace some of that old ground before you can keep going upward effectively. But rest assured, as challenging as Simply Music may ever appear, as much as it may seem to demand of you, if you want piano musicianship in your life, it’s only likely to be that much harder a climb on some other mountain.