Study of a Song – How to Make Gravy

Found in: A Study in Songwriting 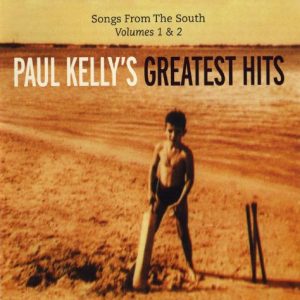 Although he’s spent quite a lot of time in the USA and elsewhere, Paul Kelly is not necessarily a household name worldwide. Here in his native Australia, this everyman poet is an unofficial Living National Treasure, one of our most loved musicians, for his unforgettable sing-along tunes, his quintessential Australian-ness, and his deep love of storytelling.

That last quality is what makes this particular song so universally appealing, and it appears on many people’s list of favourite Christmas-themed songs. Let’s have a look at this classic example of the potent pairing of music and story.

The chord progression is pretty simple. It’s mostly just three chords, starting on a simple E major, rising up and falling back down, but keeping constant E in the bass, like a kite, flying but always tethered. There is the occasional break to A and B (IV and V in E), but the simple initial chord progression (with added 9ths and 11ths for sweetness and that extra tang) carries most of the song, both verse and chorus.

Speaking of verse and chorus, you could argue there isn’t a proper chorus, because a chorus usually uses the same lyrics every time round, and this song doesn’t, but the distinction is clear from the melody. As is typical, Paul (I use his first name because I just feel like he’s my mate) keeps the most memorable melodic lines for the chorus, lifting the melody into a higher register, as if the character is reaching a peak level of anguish before calming down a little for the next verse. There are few things more cathartic than singing a refrain at a Paul Kelly concert with a few thousand like-minded souls.

Just the tune and the chords make this song rewarding enough, but the story is the gravy on the roast. It takes the form of Joe, a prisoner, talking or writing to his brother just before Christmas, full of wistful regret and homesickness.

He humanises the characters by making them everyday and believable. He never uses the word “prison”, as if we already know his situation, making us feel like we’re a participant in Joe’s life – we are already embedded and engaged in the story. His Christmas wishes, his jealousies and hopes, are just like yours or mine would be. It reminds me of when I taught piano to prison inmates. It occurred to me that those particular men were people pretty much like me, but had missed opportunities or made mistakes in their life. By the end of the song you’re shading a tear for Joe and his big messy family. 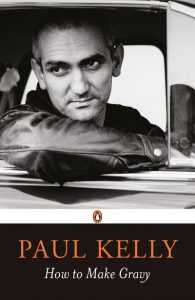 Paul’s delivery drifts from melodic to purely spoken, like a conversation to a musical backing. The band arrangement is simple and down to earth, complementing but never distracting from Joe and his heartfelt cautionary tale.

The hardest thing to do in the world is to make something look easy. I was surprised to learn in his “mongrel memoir”, also titled How to Make Gravy, how much Paul agonises over his work and how slowly some of his songs, so natural-sounding, unfold. I’d strongly recommend this wonderful book, even if you’re not too familiar with his work, as an insight into the way a great creative mind works.