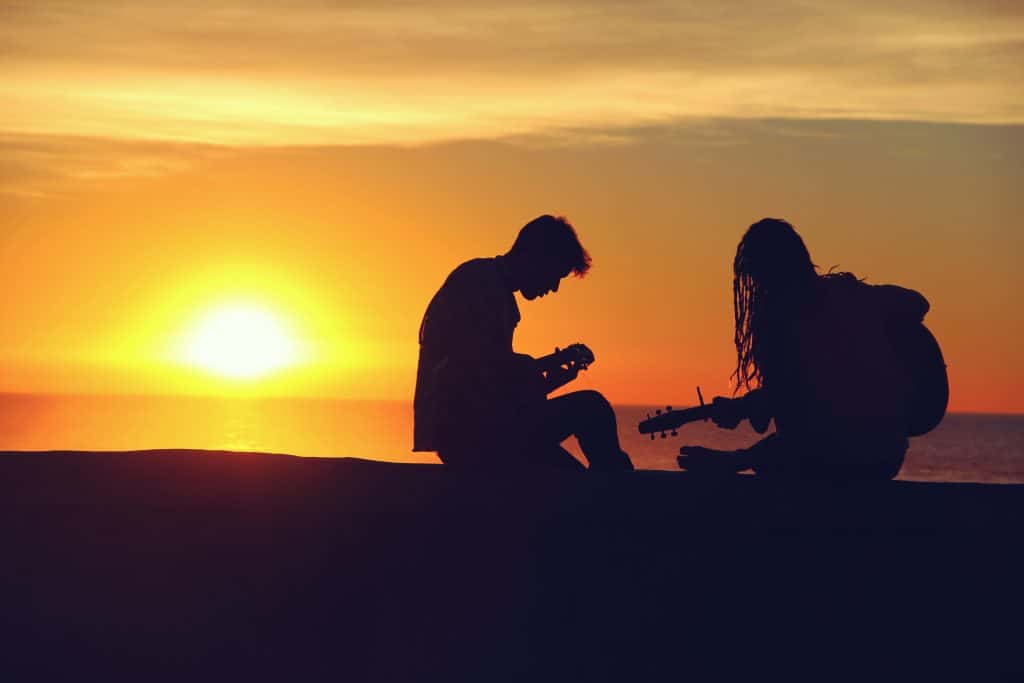 Here in Melbourne, it’s almost a point of pride that our weather varies so dramatically. As I write, today’s peak temperature will be less than half of yesterday’s. So it’s natural for me to set the scene with the Crowded House song inspired by Melbourne’s famous changeability:

The hymn In the Bleak Midwinter as set by Harold Darke has been voted by choral experts the greatest Christmas carol of all time. It seems an interesting choice, because it’s not the most joyous work, but a well-sung rendition can certainly induce chills any time of year.

Kate Bush made an entire album basically about winter. It has many truly sublime moments, and, like any Kate Bush album, a few embarrassing ones. I’ll let you decide which camp the title track falls into. It’s based on the popular myth that the the Eskimo language has 50 words for snow, and features Stephen Fry reciting Kate’s list over a chilly beat. Perfect accompaniment for a warming whippoccino.

The Idea of North – It Might as Well be Spring. I’ll confess I’ve included this one partially as an excuse to plug The Idea of North’s recent wonderful work with Hush. But it’s a worthy spring song nevertheless, blooming with life and brightness, reminding us we can have a spring (and a swing) in our step any time of year. Wait for the amazing four-part scatting from 1:35.

John Butler Trio – Spring to Come. Perhaps this one doesn’t evoke spring so much as hold out hope for a brighter time around the corner: “Out of the darkness, only light can come”.

The first summer song most people think of would probably be George Gershwin’s Summertime. We wrote a blog post about it with some examples that illustrate the son’s broad appeal and infinite adaptability. Just for one more angle, here is a particularly sun-soaked version from Nina Simone.

My friend and former colleague Mel Karajas and I share a love for the band The Sundays, and particularly their song Summertime. We used to be amazed at how often it seemed to come up on Mel’s music stream just when we needed a boost. For both of us, it’s one of those songs you want to last forever, just like summertime itself. We have an agreement that each of us must contact the other whenever we hear the song.

For those of you who know Mel, in case you weren’t aware, she now works for the Arts Health Institute introducing the wonderful Music & Memory program into Australian care facilities. She was instrumental in launching that program in this country. Keep that twinkle in your eye, Mel!

The Sundays – Summertime from Giancarlo Gamero on Vimeo.

John Coltrane and Johnny Hartmann are appropriately cool in this version of Autumn Serenade. You can hear leaves tossed by the breeze in Coltrane’s flitting phrases on the tenor saxophone.

Simon & Garfunkel use the changing of the seasons to highlight the ephemeral nature of life in Leaves That Are Green. Perhaps they are preparing us for the even darker Hazy Shade of Winter.

By the way, keep an eye out for an entire article on the classic song Autumn Leaves, coming soon!

Special mention is also deserved for Vivaldi’s famous The Four Seasons. If you’re one of the few people not familiar with it, try listening to each movement and guessing each season – you probably won’t be wrong. Vivaldi’s cleverness at evoking the seasons is even more amazing when you learn that the idea itself of trying to depict something like a season with music was pretty unheard of in 1725. Because this kind of “program music” was such a radical idea at the time, Vivaldi published poems to accompany each movement to help listeners connect the sound with the mood.

Feel free to share your favourite seasonal songs. Compliments of your particular season!