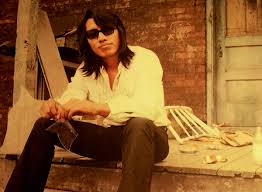 The story of Detroit-born Sixto Rodriguez’s recent rise from obscurity seems the stuff that movies are made of. Aptly so; the 2012 Academy Award-winning documentary Searching for Sugar Man chronicled his rebirth from forgotten 1970s folk-rock musician to beloved icon of South Africa in wonderful detail, a chronicle of a rock star that has almost never been replicated. Rodriguez recorded two albums, Cold Fact (1970) and Coming from Reality (1971), and was quickly forgotten in his native United States. His direct and brave commentary on the drug-fueled corners Rodriguez grew up at struck a chord in Australia and New Zealand almost a decade later, allowing him to mount an ambitious theater tour there in 1980, but the more ambitious success story for him laid in a much different part of the globe; a predominantly-white South Africa living in an extremely oppressed culture system where even television was deemed too corruptive for access in the country until 1976. His album sold an impressive 60,000 copies over the years and he is considered more popular than Madonna or The Rolling Stones would be in that country.  South Africans eventually discovered that the rumored-dead Rodriguez was in fact alive and well living in Detroit working manual labor, which led to his first tour of the country, headlining sold-out arenas in the mid-90s.  It’s a heartfelt story that proves the power that music has to take form in our lives.

The two albums have aged well, timeless and preserved with their genuine criticism and corruptive commentary, sounding as fresh now as they did when they originally released. Cold Fact is the better of the two, filled with psychedelic introspection by Rodriguez’s mesmerizing reverberating vocals layered above an arrangement of horns, guitar and xylophone, a unique sound now as it was ever. The lyrics are to the point, each song a direct attack or revelation on the cold state of the world he was living in. “Inner City Blues” shakes with enthusiasm with lyrics like “Crooked children, yellow chalk/writing on the concrete walk/Their king died/Drinking from Judas’ cup,” a rhyming structure unorthodox but entirely approachable. Coming From Reality is more experimental, on some tracks Rodriguez taking on a more direct-singing style to the listener. It doesn’t work completely, “A Most Disgusting Song” perhaps too on the nose, but he finds better success when he layers his outlook underneath a beautiful guitar melody and simplicity like on “I Think of You,” with a flamenco-influence and melodramatic refrain.

The success of the documentary has made Rodriguez more popular than ever, finally finding success in his native land and selling out larger venues, piquing public interest like never before. It’s a welcome change of pace from the all-too-familiar story of the artist that burns out too quickly or retracts from the spotlight entirely; instead it’s a rare story of an artist who never knew what his music was doing in the world and is able to reap the success while still around. Ultimately Rodriguez’s story shows the eternal impact music holds on us, inspiring movements one can never conceive of, captivating the listener and bringing them to a world that engages and affects whoever takes the time to listen.