Breaking Down and Getting Back Up Again – A Story of Perseverance

Most of you will know Robin Keehn – in fact, most of you will have been impacted directly or indirectly by Robin’s enormous contribution to everything we do, fuelled by her unstoppable drive to be the best teacher/coach/manager/developer she can be, and her equally unstoppable drive to bring out the best in others, exemplified by her new endeavour, Music Teacher’s Coach, a program for teachers who want to take their business beyond what they thought possible. We thought this inspiring post about perseverance from her blog had a lot to offer our readers, including students, teachers and anyone who wants to break through their personal barriers.

I had an interesting email from two very entrepreneurial owners of a studio this week. I had asked them how their plans to expand were going and the email I got back wasn’t what I was expecting.

The plans for their expansion, which includes a coffee shop in their commercial studio space and a performance area, have hit a major snag. The plans were nearly done when the landlord pulled the plug. Another architect stepped in and finalized things but then the local government required that new permits be obtained and the cost of the project as well as the cost of the lease look impossible. This dynamic duo is now being forced to take a look at how their dream will continue.

Being an entrepreneur by definition indicates a type of person who sees opportunities, takes risks and puts it on all the line. Having your own music studio—wherever you teach, makes you an entrepreneur. Being an entrepreneur is awesome—it’s exciting and invigorating, especially in the planning stages, but what happens when you hit a roadblock?

Let me tell you a few stories of failing and getting back up again. 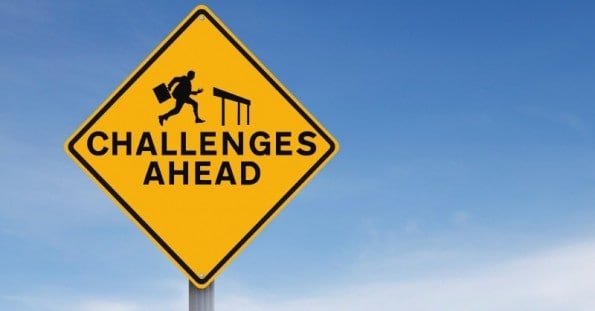 Once upon a time, I had a dream to open a performing arts school in the small town where I live in the beautiful, lush Pacific Northwest. At the time that I initially had this vision I had three little children, taught Kindermusik and had 10 piano students. I was busy with teaching and homeschooling and then I had another baby just as my mom got very sick and required a lot of hospital visits and care. Life was very busy but this passion and dream to open a performing arts school just wouldn’t go away.

In 2003, I rented a small commercial space with fellow Kindermusik teacher, Carry Madison. We both taught Kindermusik and I started 40 Simply Music piano students in that beautiful 700 square foot space. It was perfect. And it grew like a wildfire! Soon I had 60 students and recruited Carry to teach Simply Music with me. Over time we could barely keep up with demand. We decided to rent a bigger space with two rooms. While on a two-hour drive to find a second piano, we struck upon a big idea. Why didn’t we rent a big place and put in a dance floor? We could hire a teacher or two and give the competition a push. By the time we got home, we had a new piano and we were on fire! Our husbands were not convinced (but skeptically supportive) and the bank wouldn’t lend us a dime (thank God my dad always believed in me).

We rented a large space, started the build-out only to discover, when I called the fire department about a sprinkler system, that the space was not zoned for our use. The contractor had been pretending he didn’t know. We ate that $4000 and found a beautiful unfinished building that was about 3,500sq. We rented the space and got to work. In the space of eight weeks it went from a concrete floor and a roof to an amazing music and dance studio with professionally sprung floors and soundproofed music studios. We grew from 115 to 500 students in that time!!! Game on! We were so excited about what we’d been able to create in two short months!

You have to know who you will be when you face failure. It will happen. You can learn from it.

Things were crazy but wonderful in so many ways. We did huge “Fairy Tale Ballet Lock Ins” where 40-60 little girls spent the night with us—dancing, singing, making music, eating pizza, doing crafts, watching a late night move, crawling into sleeping bags crammed into every room, (that doesn’t mean sleeping) and serving breakfast the next morning. It was exhausting (and over the top) but we loved it.

Fast forward… about two years into opening Aspire Academy of Expressive Arts, we had a series of events that were, um, difficult is a word I can use here. It started when we decided to rent more space for our choir teacher. He had some big choirs and some very LOUD music. It was a growing program so we took on another 1,000sq. We spent $10,000 finishing and sound-proofing the space. We furnished the space. We brought in everything needed including choral risers, a sound system, white board, chairs, more microphones. Anything the teacher asked for, he got. Things were going well. We had some amazing concerts. Little did we know that trouble was brewing.

In September, my dad died after a very brief illness. I needed some time off to deal with everything that just happened. This teacher began to complain about my unavailability. He started to complain that his space separated him from the dynamic environment right next door (his entry was a door down from the main entrance to Aspire). Some of his students were thriving while others were complaining that he wasn’t very nice. I started hearing that he would roll his eyes when students said they were learning to play the piano in our Simply Music program. Yes, there was trouble in paradise. We made it through that year but right as the summer session was starting—with a bunch of High School Musical type camps with singing and dancing—he quit, with no notice. And, he took 60 students with him. He’d played the victim all year and we were the featured bad guys. It was painful. We lost about $6,000 a month in revenue. That big room that we’d spend $10,000 on—we had to give it up, and continue to pay the lease of over $1,000 per month on it for several more months.

Were there tears? Yes. Were there some really bad words in our heads? Maybe not in Carry’s but definitely in mine. Did we feel deceived? Yes. By the teacher, AND even worse, by all of those students who believed his story and left with him. Some of those students had been with me for 10 years. I remember my very wise business coach saying to me, “If you want loyalty, get a dog.” Ouch. It was a lesson that I got to learn two more times in the coming months. Our main ballet teacher, having seen the music teacher take students and leave with no penalty, created a crisis one evening, pitched a fit, called us stupid and walked with our 30 most advanced ballet students. Shortly thereafter, our Acrobatic Gymnastics teacher, for whom we bought everything she needed (mats, wedge mats, bars, beams, etc) did the same thing. She did give us two weeks notice. And, again, her 40 students left with her. We had no one to replace her (we did have a non-compete clause with the teachers but our attorney told us we’d spend at least $30,000 to pursue the teachers and we simply didn’t have the money or want to live in that world of litigation).

Those were some very tough times for us. All of those. And I haven’t even gotten to the con artist story yet… I think I’ll save that for another time.

My point is, that even with the best plans, with assurances that this will work, proof that it works, things happen. You might even call it failure. Our plans for the extra space for the choir teacher ended up being an EPIC failure. Somehow we hired three people who appeared to be awesome, gifted and honorable but who let us down in big ways. Each time we were completely unprepared and utterly shocked by what happened. Each time our bottom line took a huge hit. It didn’t seem possible to keep Aspire going. We didn’t know how we would make it.

But, we persevered. Aspire continued and is strong today.  We looked at everything we could cut and cut it.  We didn’t take salaries.  We increased our own hours teaching and started running the front desk.  We held more special events that brought in revenue.  We cut and cut and cut.  We didn’t let anyone go but we didn’t replace staff who quit and whose jobs we could do.  I became a Zumba teacher and my payment was my own fitness level (and some awesome dance moves:) And, we survived.  We grew up a lot.  We kissed Pollyanna goodbye.  I’m not sure I really wanted to grow up but when you’re an entrepreneur, you have to be prepared to have some really rough times.  You have to know who you will be when you face failure.  It will happen.  You can learn from it. Brainstorm ideas with other people in your business.   Brainstorm ideas with people who you think are brilliant.  Ask for help and have an open mind.  Join with other entrepreneurs because each of us have a story to tell and out of those stories come support and inspiration and encouragement and creativity and excitement. Hire a coach who will tell you the truth, hold you accountable and encourage and inspire you.  Join a Mastermind.  Surround yourself with greatness!