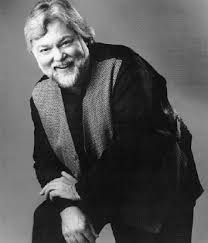 Larry Dunlap was exposed to music while growing up in Oregon. His mother was a piano teacher and his parents owned a music store. He was exposed to musical offerings as cultured and diverse as its clientele from nearby Pacific University. Larry became proficient in technique and composition, and was especially intrigued by how some musicians could arrange notes to a create a melodic mood. “This”, he thought, “is what I want to do.” One artist who resonated with him was Brazilian master Antonio Carlos Jobim. He was fortunate to then befriend and play with musicians who performed Brazilian & Latin jazz such as Airto Moreira and Flora Purim. He found work in San Francisco playing piano with an array of talent, from Woodstock icon Country Joe McDonald, to The Pointer Sisters, to jazz giants Gerry Mulligan, Joe Williams and Dame Cleo Laine. He was the pianist on Laine’s Grammy award winning ‘Cleo at Carnegie’. He has spent the major portion of his life accompanying vocalists including his wife Bobbe Norris. Norris sang on numerous TV talk shows-of-the-day during the 60s and 70s. Dunlap has transcribed and edited music for The New Real Book, Vol 1, and Vol 2; The Standards Real Book, The European Real Book and other Sher Music publications. Hal Leonard will be releasing a book of nearly 500 pages of jazz solos he has transcribed as well as a book on the II-V-I progression and a third preparing musicians to take part in jam sessions.

Please tell us about the new book of solo transcriptions for Hal Leonard publishing.

This is a very large book of solos I transcribed over a one year period. It includes solos from major jazz figures from the 1920s to the present. The people at Hal Leonard approached me about doing this and the other two books to be published in the near future.

Did your mother teach you how to play piano? Who else did you study with? How about with writing? Arranging?

Although my mother was a respected piano teacher, she always sent me to other teachers in the small town I grew up in outside of Portland, Oregon. She had taught my older sister and felt it was better to have a teacher who is not your parent. I began studying piano at the age of four and continued through college and beyond.

Was your first job as musical editor of the Standards Real Book for Sher Music?

My first work as music editor for Sher Music was Volume 3 of The New Real Book. (I had been a proof reader for Volume 2.) I have worked on various publications for Sher for perhaps 20 years.

How did you get selected as music editor of the Sher Fake Book series?

Chuck Sher knew me as an accomplished pianist and arranger and asked me to come on board, first as a proof reader. When the music editor for his books, Bob Bauer, became ill, I took over that position.

What is your process for taking musical pieces and transcribing them into chord lead sheets? Do you transcribe these by ear? Do you work with traditionally written down compositions to convert them to fake sheets?

The process varies from composition to composition. I generally work from the composers’ own recordings of jazz tunes. With standards I might listen to 20 versions or more to get an idea of what the most commonly chosen chord changes are, often with alternate changes that I like or hear often played.

With a difficult chord progression, I often take down the roots of the chords first to get a sense of the foundation of the music. As often as possible, I consult manuscripts or other published copies of compositions that composers send to us. For standards, I nearly always write the melody of a song the way it is on the original sheet music. Then the chords are chosen from those most often played on recordings.

I try to hear a line often enough to know it in my head and write it down from what I recall. Then I will fine tune things by sitting at the piano and working it out while listening to a recording. I almost never slow things down, but work in real time.

The definition of jazz has been watered down. So-called jazz radio stations and concert series now present music that is actually pop, R&B, rock, and gospel but call themselves jazz. ( And ‘smooth jazz’ is not in the historical sense jazz at all.) How would you define the difference between other genres, and jazz, to a piano student?

I love the wide variety of musical styles and approaches. I hesitate to even use the word “jazz”. However, when a student asks me to teach them about jazz, I first teach them basic chords and gradually add in extensions and alterations. In teaching improvisation, I do a lot of playing with the student where I will play 2 or 4 measures and they will answer me bay playing their own 2 or 4 bars. I think this is a great way to teach. I also try to expose students to great recordings by master musicians.

Improvisation is something that cannot really be taught, in my opinion, beyond a few basic fundamentals. I think a good improviser absorbs the sounds he hears and presents his or her “stories” in their own musical way. Playing only licks you have learned is not jazz, no matter how convincing it sounds.

My understanding of jazz is that is needs to have improvisation and rhythmic interest and syncopation. “Swing” is a word that can apply to many different styles; not just a triplet feel. It needs to be felt and experienced.

There is a great deal of “jazz influenced” music that I do not consider jazz. This is particularly the case with many vocalists who call themselves “jazz singers”. They may have the rhythmic feel and “swing” essence in their singing. But unless they are being creative and exploring new ways to approach a song, I do not consider it jazz. Of course, this can also apply to instrumentalists. I feel that instrumentalists need to be improvising to be considered jazz players. There are very few singers I consider jazz singers. I can count on a few fingers the vocalists who I enjoy hearing improvise or “scat”.

Though your arrangements have been played internationally by jazz musicians of all levels and abilities, you seemed to have lived a fairly low profile life on the coast near San Francisco. Even your own self-titled CDs are hard to find. Has this been a personal choice?

I would love to be more visible in the music world, although I feel I have accomplished quite a bit and have a good amount of recognition. Paying the bills is always a challenge, as is staying creative.

I am always looking for new projects and directions to take. I like my life with my wife, Bobbe, very much. Even though I have a lot more music I would like to be presenting to the world, I am pretty content.

Can you tell us about some favorite moments and events as a performer?

The moments that have meant the most to me in music have been those times when the music all comes together and there seems to be a flow of ideas and emotions, whether in my solo playing or between myself and the other musicians.

Some of my most favorite moments have been when I have been able to perform with musicians whom I feel have a strong historical presence. I feel like I am tapping into a continuum of musical thought and tradition. These would have to include Dame Cleo Laine and Sir John Dankworth, Mark Murphy, Sheila Jordan, Bobbe Norris, Gerry Mulligan, Nancy King, Jim Pepper, Jimmy Witherspoon, Ralph Towner, Noel Jewkes, among many others.

What’s on the horizon for you? Writing-wise? Performing-wise?

I am currently working on a book for Hal Leonard to prepare players for being involved in jam sessions. It will include original etudes, pages of licks, chord charts for commonly played tunes and tales of jazz session etiquette,

My next project for Sher is something I probably shouldn’t describe for fear someone will take the idea and run with it before I can complete it.

I am always busy performing in various groups, often with my wife, vocalist Bobbe Norris. I am doing some touring with author James Gavin and Mary Wilson (one of the original Supremes) in a tribute to Lena Horn.

Perhaps two or three times a year I take on a project where I am helping to put together a recording for someone, usually a vocalist. I will write arrangements, round up the other musicians and produce the recording. It is very satisfying to see an effort like this through to the end.

Currently I have in my possession a copy of the score of a concerto for jazz trio and full orchestra that was written for Bill Evans. Bill died before he ever performed it and it has never been performed. It is my dream to enter it in computer notation, extract the parts, work it up, and perform it myself with orchestras.

I want to play and write as much as I can. I hope to compose more than I have in the past few years. I am always listening for new intriguing music. I frequently hear some new musician or music and feel that life is very, very good.