As most of us could agree Danny Boy is a legendary musical piece, possibly one of the most famous songs in the world. 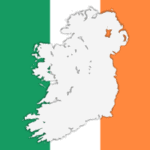 It is synonomous with all things Ireland and has made its way to being an unofficial Irish national song. But did you know the lyrics to Danny Boy were actually written by an Englishman, Frederic Edward Weatherly. Weatherly was an English lawyer, author, lyricist and broadcaster.

In 1910, Weatherly initially wrote the lyric to “Danny Boy” to another tune but after his Irish-born sister-in-law Margaret Enright Weatherly sent him a copy of “Londonderry Air” in 1913, Weatherly modified the lyrics of “Danny Boy” to fit “Londonderry Air”. He then gave the song to the vocalist Elsie Griffin, who made it one of the most popular songs in the new century, it has since been recorded by countless others including Willie Nelson, Judy Garland, Andre Boccelli & Johnny Cash (twice!)

However, the origins of the song Londonderry Air are a little more grey, in my research one article attributed the song to a blind harpist named Rory Dall O’Cahan another a blind fiddler called Jimmy McCurry, another claimed it was a long lost Edward Bunting transcription of a performance by harper Donnchadh Ó Hámsaigh in 1792.

One thing that all stories I read of Londonderry Airs origins agreed on is that the title of the air came from the name of County Londonderry in Ireland. It was collected by a lady by the name of Jane Ross of Limavady. Ross submitted the tune to music collector George Petrie, who in turn had the song published by the Society for the Preservation and Publication of the Melodies of Ireland in the 1855 book The Ancient Music of Ireland.

The tune was listed as an anonymous air, with a note attributing its collection to Jane Ross.

However the song came about it is still one of the most evotive and beautiful melodies I’ve ever heard.