Walk Before You Run 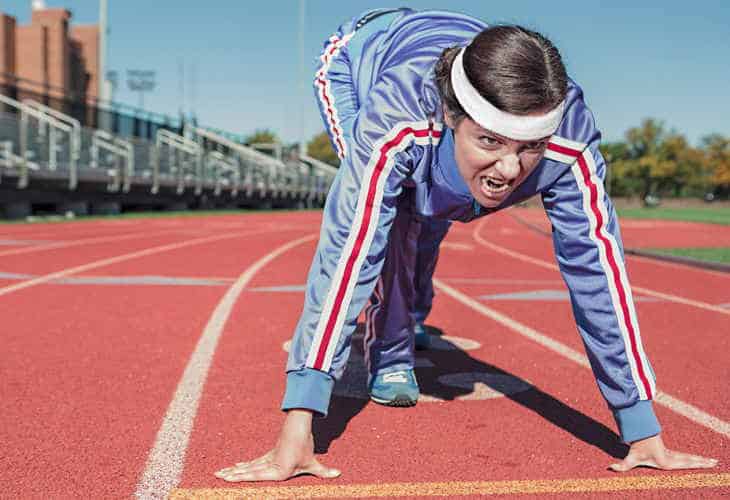 How many things can you think of that have nasty side effects?

Sometimes, it takes a while to notice some negative side effects. Other times, we regret immediately that we took some step and wish we could take it back, because we realize that more bad than good will come of it.

It’s a life lesson that most of us could learn better — and it’s a lesson that has everything to do with learning itself.

Either way, there is no doubt that much of what passes for education is really just shoving information in, testing to make sure it’s there, and then not worrying about whether it sticks around for any meaningful amount of time after the test. No wonder we all forget so much of what we’ve ever “learned.” We were taught in ways that go against how our minds actually work.

This also happens to be one of the common traits of traditional piano lessons.

When we go slowly, though, when we make things relevant and real, then we can really learn something, learn it so that it sticks with us. Only if it sticks with us can we really say that we learned it, after all. And when we take it at an appropriate pace, we can learn well and deeply enough to minimize negative side effects.

In piano lessons, this can take many forms.

Practice a song slowly, controlling the events.
Use the practice pad to deeply learn the visual pattern first, adding the touch of moving keys and the sound of notes only later. Speak your instructions out loud until the motions have become comfortable. Each next layer of learning is easier when you go slowly and deliberately through each layer that comes before — until suddenly the whole song can be played smoothly and evenly at “normal” speed. Any other approach means spending more time and effort reaching that destination — or maybe never reaching it at all.

Learn each piece solidly without adding too many more pieces too quickly. Through this, you’ll build a repertoire of dozens and eventually hundreds of songs that you can play from memory any time you sit down at any keyboard instrument. Any other approach means not giving enough time to each of your pieces, leaving you with a repertoire full of holes — or maybe leaving you with something that couldn’t even be called a repertoire at all. 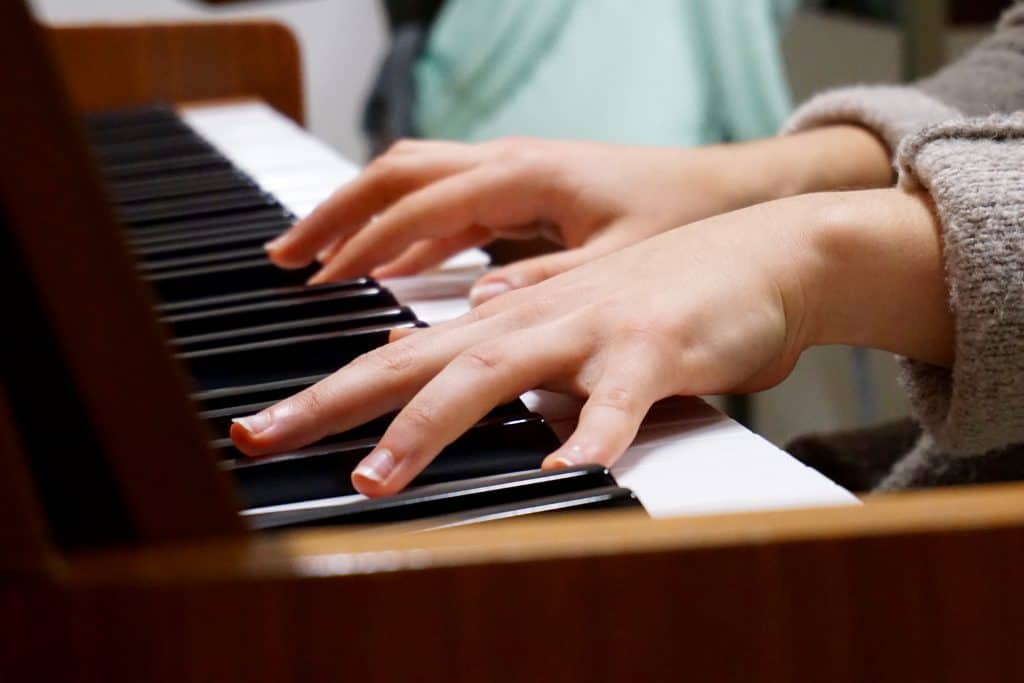 Learn to play before learning reading, theory and other more advanced material.
Not because we don’t value reading and advanced material but because we value them so much that we want you to learn them as well as possible. Humans were speaking for hundreds of thousands of years before writing was invented. Spoken language itself is just a variation on the kinds of audible communication that mammals and other animals have been doing for millions of years. These are the very roots of the musicality that’s inside each one of us. Whether music or Chinese or math or anything else people do that can be translated into abstract symbols, you’ll always go farther faster in mastering the symbols if you first master the reality that the symbols represent. That’s just how our brains work.

It feels good to run. It feels good to soar. That’s what we’re all after. And walking first, much less crawling, can feel like a drag. But did it ever occur to you that the reason that relatively few people seem to soar in their lives is that most people don’t bother to take things one step at a time? When a person is frustrated about feeling less than special, maybe that frustration is just a negative side effect of that person’s not having bothered to do what every person is entirely capable of — crawling before they walk, walking before they run, and running before they soar. Maybe that person was educated in a way that failed to teach that lesson. But the only way out is one step at a time.

You can speed things up before you’re really ready to, and you might get a somewhat good feeling along with that. Play that song fast. Pile extra pieces into your repertoire. Read before you’ve mastered playing first. Take that new medicine. Use that new technology. But when you compare any of these things to how they go after you’ve confidently walked those territories first, there’s simply no comparison. Walking well will get you to running well faster every time compared to trying to run too soon. Running too soon just ensures that you’ll trip yourself up — sometimes literally.

Imagine what would happen if you walked before you ran at each step of your piano practice. You would be a very different piano player.

Imagine what would happen if each person walked before they ran at each step of every thing they did. It would be a very different world.

And in both cases, the difference would be so much for the better, we can hardly even imagine it.

So walk before you run.