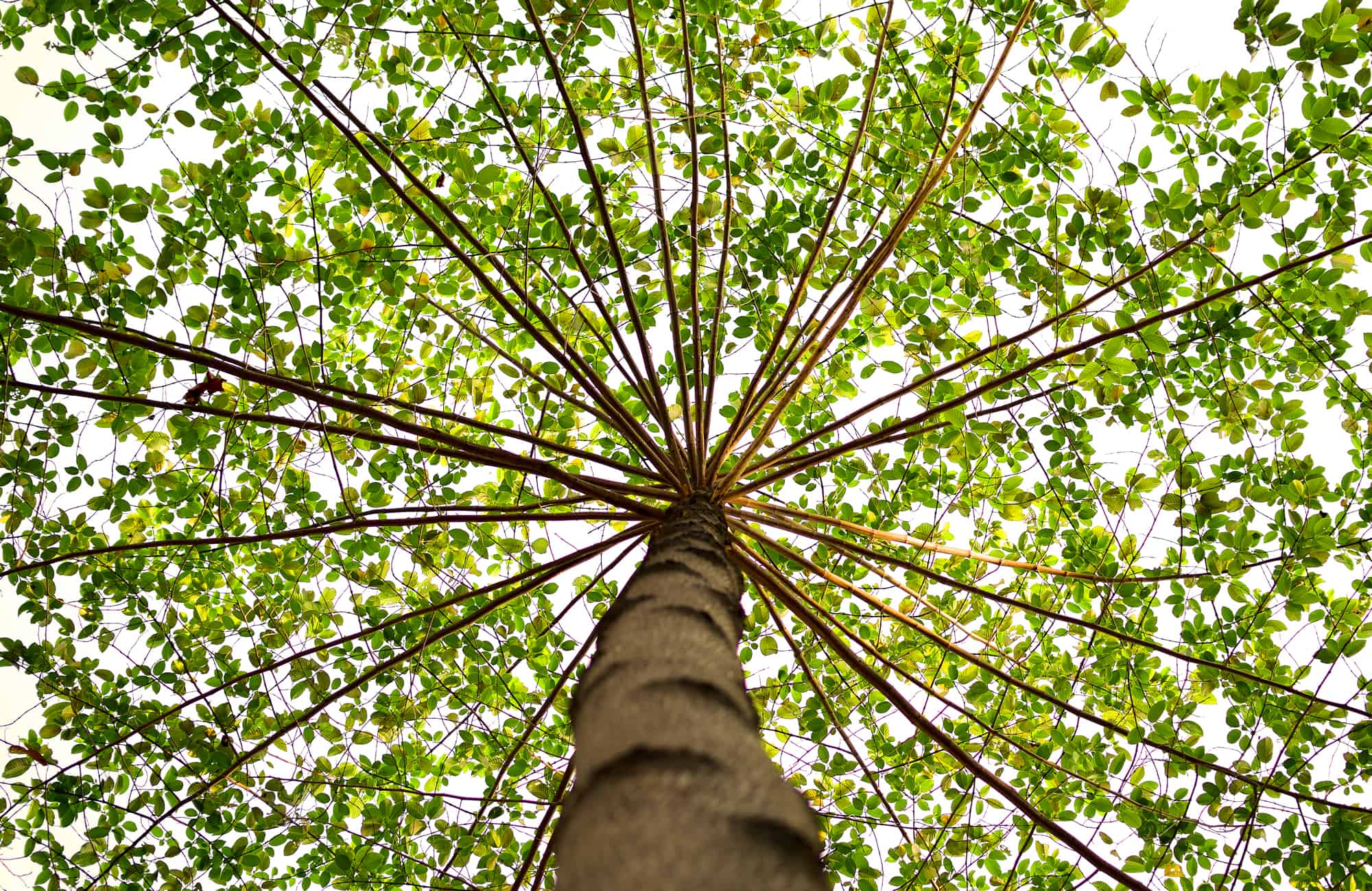 Very early in their learning experience, Simply Music students are introduced to chord accompaniments through songs like Amazing Grace, following written chord symbols represented by alphabetical letters. What they won’t realize at that point is how many applications there are for chords. The seeds are planted with Amazing Grace and other early accompaniment projects; later on they will discover what a magnificent musical “tree” can come of this planting, with many branches, then branches from branches.

When you are developmentally ready, you will learn  to read sheet music in your Simply Music lessons. Musical notation’s origins can be traced back to the 9th century monasteries of Europe. With the power and dictates of the church behind it, this system became the standard. The original system was very crude, and over the centuries has been refined and developed by musical scholars of the day.

It has developed into our current, complex, multilayered musical language.

For the musician reading traditional sheet music, it is a requirement to adhere to each written instruction and execute it musically. For a professional classical pianist, the highest endeavor is to flawlessly recreate Beethoven’s or Mozart’s musical visions by adhering closely to carefully created written instructions. When well executed, this written music is elevated to fine art.

But less than 100 years ago a new system of representing music emerged, coinciding with the birth of jazz in the United States. The players of this new style found that traditional music didn’t, and couldn’t meet their needs, so they developed a more flexible chord-based system. They called the resulting charts “fake sheets” or “lead sheets”. Lead sheets provided more scope for improvisation and interpretation than the more specific directions of traditional notation. Today, although lead sheets do not typically have application in classical music, they have become invaluable for most all other musical genres. These two different systems are musical languages that serve two different purposes, and the rules are different.

For the musician reading a lead sheet, the rules are different because improvisational purposes are at work. On the piano, you will be reading a traditionally written melody (almost always for the RH), and chord symbols (for the LH). The endeavor allows the musician to make choices about how they play each chord. This is the creative environment, the foundation, for improvisation. The musician takes part in steering the music, and makes creative choices of his/her own liking. Although the composition of the song doesn’t change, the improvisation of a song might never be played the same way twice!

Lead sheets have only one staff (5 lines and spaces), and that’s for the melody, so that part is not any different to traditional musical notation. However, the bottom staff is either ignored or not written at all. Instead, above the staff are chord symbols, like the letter C, which represents the C major chord. The lead sheets give the illusion that they are shorter and more condensed, as if there’s less to it, but it’s not true. It is up to the musician, in fact, who ultimately choses how simple – or complex – they make the music. While adhering to the basic rhythm, the C chord can be played a number of ways: the chord itself, a broken chord (arpeggio), inverted (same notes, rearranged), or smaller (leaving out notes). These are the most common choices. In theory, any or all of these improvisational choices will work to create something that will sound musical. In reality, there are some choices that sound much better than others. They are subjective and personal. The purpose is to allow the musician to create for themselves. And just like an improvisational speech, or improvisational comedy, they use a subject matter to improvise from; the subject matter in musical improvisation is the chords. For advanced improvisation, even the melody is improvised on. But for the beginner, once you know the chords, that is your database, and those chords are used to make things up!

Lead sheets are often compiled into larger publications called Fake Books. These fake books had a notorious beginning. They were illegal because they infringed upon copyright, the problem being the original composers would not receive royalties. It was truly an underground venture, but almost all working jazz musicians used them.

In 1964, even the FBI got involved, and observed that “practically every professional musician in the country owns at least one of these fake music books as they constitute probably the single most useful document available.”

Finally, after decades, by the mid-1970s, the music industry began to put out legal, legitimate, copyrighted collections of fake books. Although they were created by jazz musicians, musicians in pop, blues, gospel, and country were using them extensively as well. 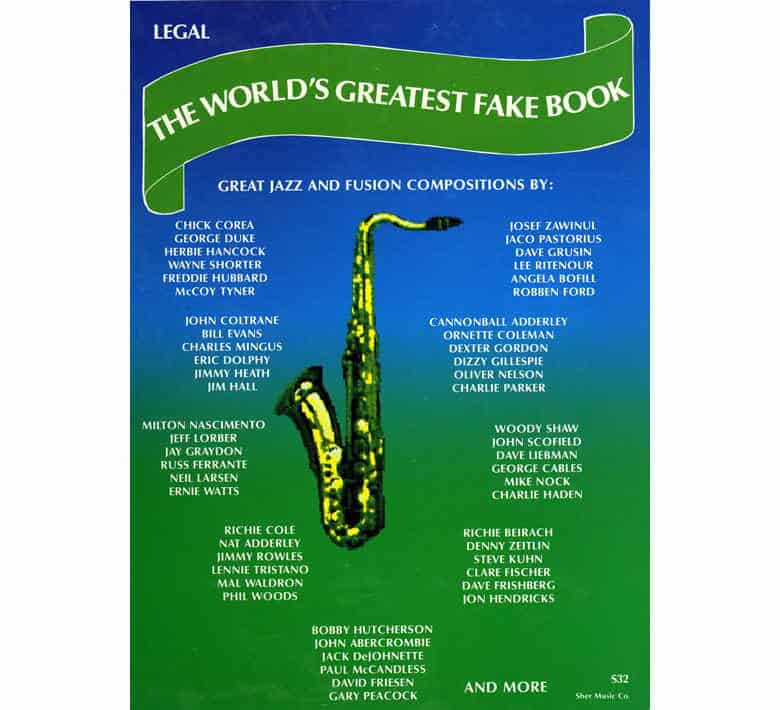 Hal Leonard Publishing and Sher Music Company are the two fake book publishers that just about all musicians internationally use.

Sher Music Company is located in Sonoma County in California, about 50 miles away from where I used to live. In the ‘90’s, years before I ever met Neil Moore or thought about becoming a piano teacher, I was learning how to play jazz. I was taking lessons from a piano teacher in Oakland named Michael Smolens. We were using Fake Books. After quite a few months during one lesson he pointed something out in a piece and admitted he had a hard time with the calligraphy of that particular piece. I didn’t know what he meant. He flipped to the introduction of the New Real Book where it named him as the musical calligrapher for Sher Fake Books. He directed me back to an art studio in another part of his large studio/house. I came into a big room where several tables had big oversized galleys of musical manuscripts on them. All were jazz pieces, all works in progress. He explained his job was, among other things, handwriting the melody notes, symbols, and chord letters for lead sheets for Sher. Upon completion, a galley would then be shrunk down into an 8×11” size and compiled with about 200 other songs for a fake book. It was obvious just looking at his work that this was a painstaking, time-consuming, exacting job. Thinking back on that now, I realize he must have eventually been put out of work, as all fake books subsequently have been created with music writing software that is available to anyone who owns a home computer.

At about that same time, and closer to my home, a jazz pianist named Larry Dunlap caught my attention. He and his wife, a vocalist, lived in Pacifica on the coast, just south of San Francisco. Larry played jazz at various venues around town. I would seek him out and I bought his CDs. I heard him on the radio. Well, turned out Larry’s other job was working for Sher Music Co. too. He has now arranged several hundred pieces for various fake books, and has a couple of new ones coming out soon. He is currently the Musical Editor for Sher Publishing. Publisher Chuck Sher himself said, “Larry Dunlap is the consummate professional – everything he transcribes for Sher Music Co. is immaculate, and as accurate as can be done. Plus he’s a funny and super-nice guy. What more could a publisher ask?”

Next month, in the Simply Music Newsletter, my interview with Larry Dunlap.