A New Kind Of Piano 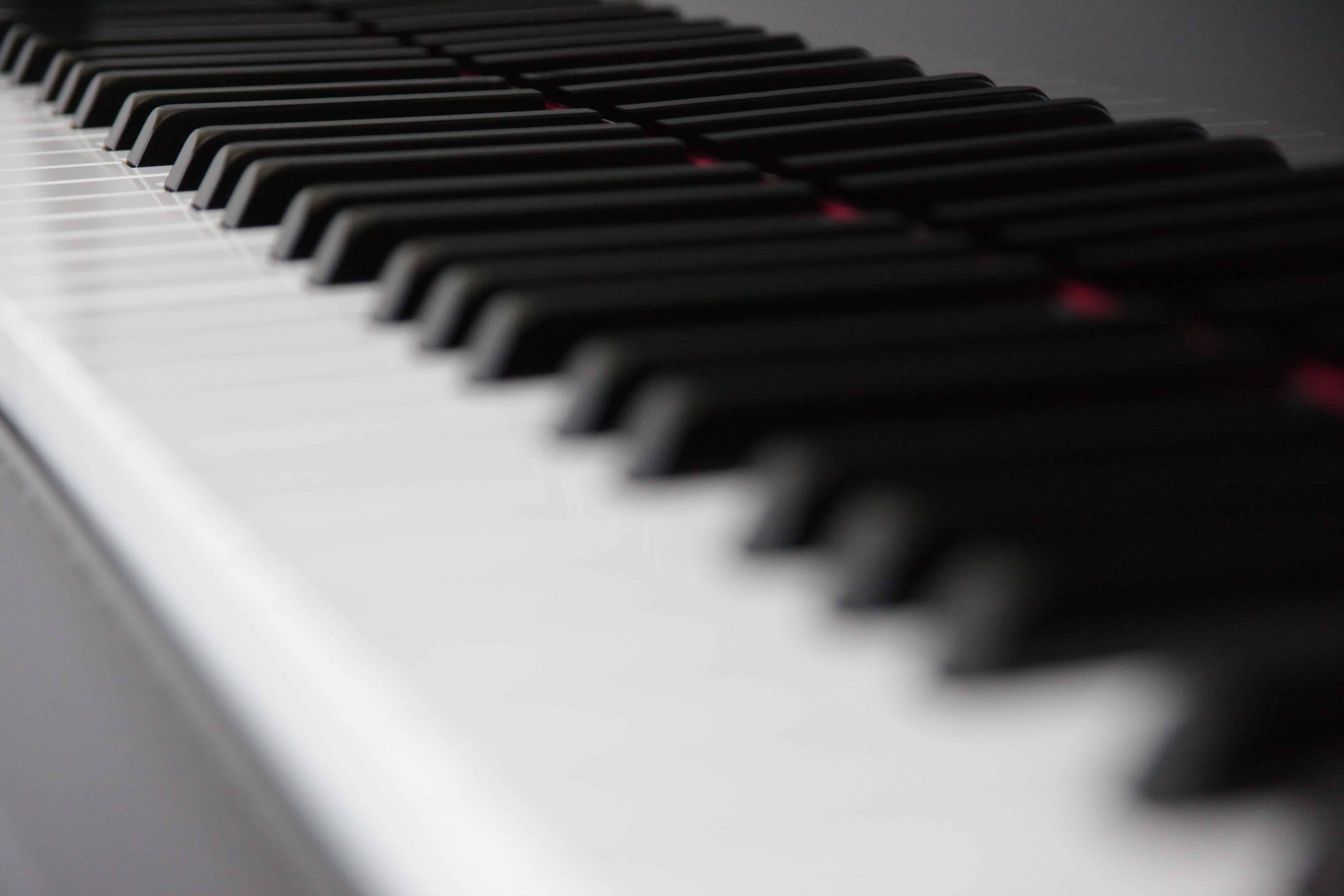 The piano’s exact birth date is lost in the haze of history. All we know is that it was invented by the Italian harpsichord maker Bartolomeo Cristofori around the year 1700. He developed his new music machine to overcome the limitations of the keyboard instruments of the time, which had the disadvantage of not being able to vary in volume. It was either on or off for the harpsichord, take it or leave it.

Cristofori’s innovation has been refined over the centuries with improvements like iron frames and sustain pedals, but it’s testament to its true ‘breakthrough’ nature that its basic design of strings suspended over a resonating soundboard, played by a mechanism that would hammer the strings instead of plucking them, has remained relevant and greatly loved for three centuries.

But has the piano always continued to grow and develop over that whole time? Many of the piano’s great developments have been generated by the requirements of the concert hall and the great classical composers, who demanded ever bigger and more powerful instruments to fill bigger halls. But classical music, by its nature, has required things to be somewhat predictable. By this I mean that a lover of classical music will want to hear it in a familiar context. Sure, they’ll be interested to hear how a certain player interprets Chopin, but they’ll expect to hear it played on the same kind of instrument as they’ve heard it on elsewhere. Equally understandably, many concert performers are very particular about the instrument they use. Being that the piano is one of the few instruments that doesn’t travel with the player, they don’t want any unpleasant surprises when they arrive at the hall for a performance.

So anyone who needs to make the huge investment of a full-size concert grand will be tempted to go with something they know will meet the expectations of the largest number of people. As a result, in the realm of high-end pianos, an ‘industry standard’ has emerged, which hasn’t changed much over the last 100 or so years. This goes from size and construction right down to the familiar gloss black colour scheme.

The trouble is that if we all use pianos designed for the music of 100 years ago, it’s possible that it will lose its relevance as music continues to evolve. If we’re to continue to create new piano music, shouldn’t we be creating new pianos too?

Luckily there are still new developments in piano manufacture, but largely they are coming not from the familiar brands but from courageous independent makers in small factories and workshops around the world.

One of these innovators is right here in Australia. Neil Moore and I had the pleasure of a day spent with Wayne Stuart, founder of Stuart & Sons, in Newcastle in regional New South Wales. We found Wayne to be a passionate and eloquent spokesperson for fresh thinking and new ideas in music. He spoke at length about why we need to keep advancing the piano, and why his pianos are so different, as we toured his factory where a small band of craftspeople hand-make each instrument.

With the first glance at a Stuart piano, you know you’re dealing with something different. Each instrument is unique-looking, made from a variety of different (usually Australian) timbers. My breath was taken away by an instrument made from Huon Pine, a beautiful, knotty blond wood, with darker inlays. Playing an instrument like this is a double pleasure – making music with something that is itself a work of art.

A second glance makes you do a double-take – this piano has four pedals! Wayne explains that, along with the usual three pedals on a grand piano, he adds one that moves the hammers closer to the strings (like an upright piano) and reduces the travel of the keys. Using this along with the usual soft pedal allows for an extraordinarily soft and delicate sound.

Next, you wonder if your eyes are playing tricks until you realize that this piano has more keys than the usual 88. A Stuart piano has 97, or even 102, keys, extending the range to the practical limits of music.

But the most important innovation of the Stuart is the bridge agraffe, a special system of securing the strings which allows them to vibrate freely and evenly, giving a clearer sound and a longer sustain.

I asked Wayne about this feature, and some of his views about the past and future of our most important musical instrument.

Q – What inspired you to create this project?

Wayne – After studying piano technology in Japan, Europe and elsewhere during the 1970’s I came to the conclusion that the instrument had been technically moribund for a very long time. Contemporary composition, to my ears, was not being represented by the standard piano sound inherited from the 19th century.

I decided that if I should spend my life with pianos, rather than pursue the road of ‘reproduction of proven form’, I should put my efforts to exploring where modern thinking and technology could take the instrument forward in a more relevant guise.

Thus, the primary motivation behind the Stuart piano is discontent with the status quo and the need to explore new boundaries. I’m not alone in this pursuit, there are now a number of individual makers to be found around the world.

Q – What makes the Stuart piano different? What is possible from a Stuart piano that another high quality piano can’t offer?

Wayne – The principle of vertical string coupling is at the core of the Stuart design concept. This principle focuses on how the string is anchored to the bridge and soundboard. In the standard piano the string is anchored horizontally between two pins. This system leads to variable decay characteristics in the sound due to ‘cross polarization’ as the string changes the direction of its vibrations from the initial vertical hammer strike to the more horizontal later vibrations. In the Stuart piano a sophisticated device couples the strings to the bridge in the vertical plane, the same direction of the hammer’s strike. This encourages the vibrations to stay in the initial strike plane which produces a clearer, cleaner and more sustained sound with greater dynamic control.

There is little doubt in my mind this new sound is more sympathetic to the repertoire from the Impressionists onwards. It offers the characteristics needed to realize the essential ethos in these new forms of expression, such as clarity, minimal frequency masking (muddiness) and long sustain.

The increased dynamic range and an extraordinary sensitivity to different music styles make the instrument almost chameleon-like – the sound works effectively in all styles of piano repertoire.

The challenge is for the player to be sufficiently open minded to want to discover and realize these mysteries.

Q – Why does the world need a new kind of piano?

Wayne – This is not a new piano as such but rather a better piano, a piano that can do more things to encourage the furtherance of creative artistry.

People’s insatiable capacity to seek and learn underpins the nature of human endeavor. It’s not only normal but of necessity that musical instruments adopt new technologies and methodologies from generation to generation to avoid stagnation and decline. Art is ultimately for art’s sake – other options will not survive. So whether the world likes it or not, it will have better pianos that explore new sound aesthetics so long as players and makers can be and are excited about it.

Q – I’ve heard your piano playing music from Bach to contemporary. It would appear to be designed mostly for modern music, but I also feel that its clarity and dynamic range brings a fresh perspective to earlier music. How important is the design of a piano to the style of music played?

Wayne – The essential element common to the performance of all music must surely be clarity, for without this there is limited communication. The definition of clarity is ever changing as we find better means to reveal it. The fact that early music can be played on modern instruments, and is accepted, is testimony to the evolutionary nature of music and musical instrument technology. In fact, any new musical instrument must of necessity, be able to play earlier music forms and fashions. However, this cannot be said of early musical instruments when playing modern compositions, they just do not work!

Q – Is an acoustic piano still relevant in the 21st century? Or will technology eventually make it redundant?

Wayne – This is a complex and increasingly difficult question to answer with a degree of confidence and certainty. There is no doubt that the acoustic piano has a devoted following but the trends towards electrically generated sound and the extraordinary variety and flexibility this offers is a serious diversion to the straight-laced acoustic world.

It would seem that there is a case for a dual role but I’m cautious in that unless the standard acoustic piano can offer the potential for renewed interest in its sound through innovation, younger musicians will be coaxed towards the freshness and seemingly limitless dynamics of the electronic age.

Q – What other projects can you imagine yourself attempting?

Wayne – It’s taken most of my working life to achieve what I have to date. There is much new application that needs to be seriously contemplated which will put the current achievements into perspective.

Technology is constantly shifting the barriers forward. I think the real challenge is for the players of the acoustic piano to move forward with this work and embrace it or it will not be able to proceed and the instrument will, in such a scenario, be deemed unchangeable and therefore, artistically dead.

Q – What music do you listen to?

Wayne – As I have grown older I have focused more on contemporary music. One can only listen so many times to standard repertoire before something new is desired. I hate the re-release of the re-release of old works by old players. I look for new experiences that are relevant to me and our times. There is little hope for advancement should we lock ourselves into any other scenario!